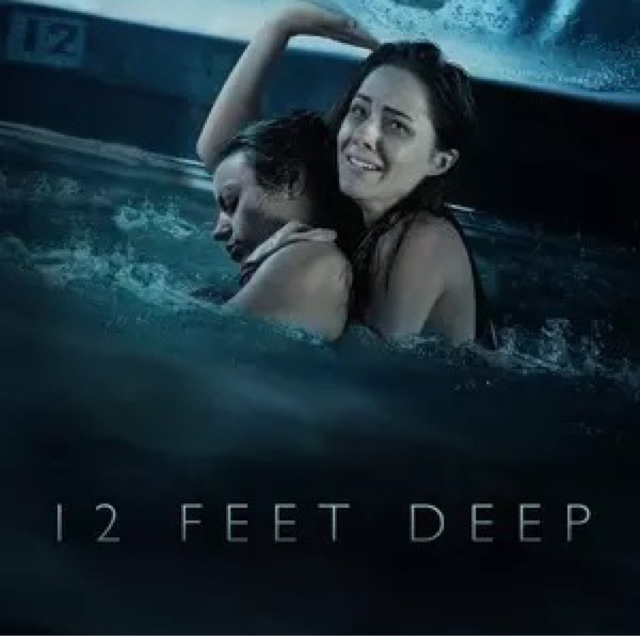 Sometimes you have to be close to death untill you realise how alive you are.
Sisters Bree and Jonna both have baggage, sisters with an estranged relationship, meeting after time apart with Bree to discuss her recent engagement to her fiancé. Whilst swimming at a local pool, Both being annoyed that the pool is closing early because of a holiday weekend.
When being kicked out, Brie notices her engagement ring is missing, so dives back into the water to locate it, with it being lodged in a filtering drain, Jonna dives in to help.
It is at this time the pool manager ( Tobin Bell) spots the poolside is now clear and goes through the lockdown motion of covering the pool and locking up, Leaving Brie and Jonna trapped under the perspect cover. 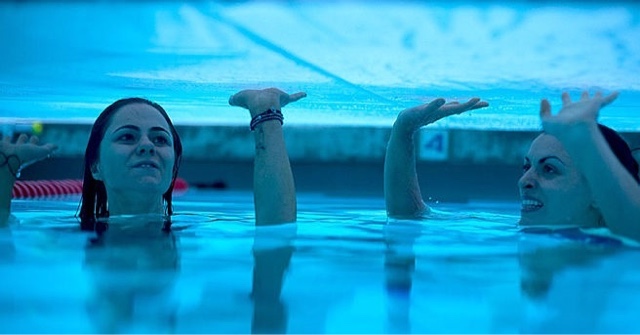 This film has been ridiculed by so many online sites, and I for one cannot understand why, the acting is superb, the one place claustrophobic setting is why it works, we have no sharks, piranhas, killer snakes. What we do have is something that could actually happen in an ordinary situation, with a tired manager not doing his poolside sweep properly, two people stuck under the cover, only 12 inches of breathing space, with hypothermia, tiredness, and Bree's  diabetes and possible diabetic coma of missing her insulin shot.
Obviously some parts don't work, the caretaker who decides to play with the girls, by fleecing them of their money, mobile phones, instead of doing the human thing and letting them out, which no person in that situation would do, but then again we do have a film to sell, Bree's finacé who doesn't seem to know where his fiancé is, and is so slow to raise any alarms, Tobin Bell character realising that he never saw the girls leave, but still locks up anyway.
The simple part of this film is why it works, the human side, the side no matter how estranged you are, you are still blood and family and will never change, we learn through the course of the film that Jonna was abused by her dad, and explains her wayward behaviour through adult life, Bree has skeletons in her closet too, alongside her scars she got during a fire in her family home.
With Jonna's suicidal thoughts and wanting to die, and you read the first quote I wrote, you realise being close to death how much you actually want to live.
A solid performance from both female actresses Nora-Jane Noone as Bree, and Alexandra Park as Jonna, in a film that has been so wrongly judged, and like the great film Open Water showing a claustrophobic setting with just two actors, one setting can prove to be a more terrifying experience, than any slasher or horror film.
A surprising claustrophobic thriller, and like Jaws did for oceans, and Psycho for showers I will never look at a public swimming pool the same way again.
3/5⭐️⭐️⭐️ 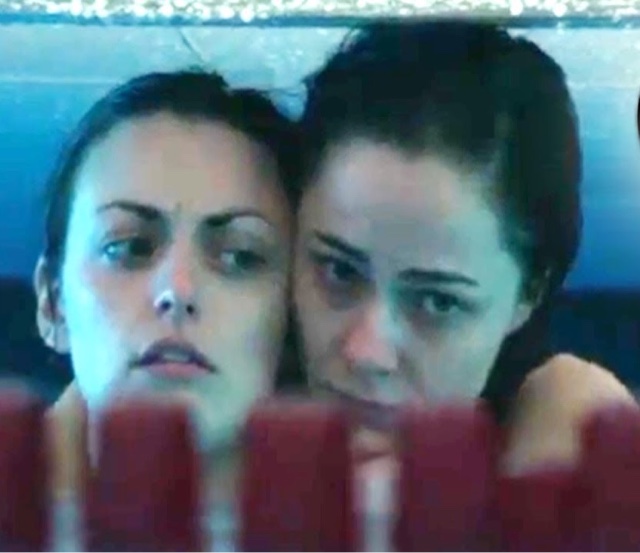