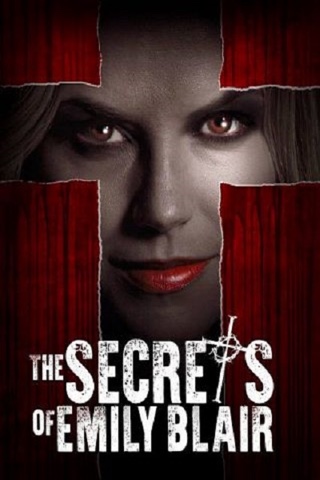 The Secrets Of Emily Blair or otherwise known as The Exorcism Of Emily Blair, is a formula horror film, and unfortunately another Exorcism movie, currently showing on Netflix and in all fairness is a god dam awful movie.
Emily Blair a gorgeous woman has recently been proposed to by her long time finacé, Emily who is a nurse one day treating an elderly man, whilst taking blood and getting a sharps injury, covering her in thick black blood, the elderly gentleman, calls her name, although not knowing her, kisses her, and passes on some black spirit into the mouth of Emily.
Her behaviour becomes weird, whilst having blackouts, her fiancé believes she is at first having a mental breakdown, but her distaste for her boyfriends old friend and Priest, becomes apparent whilst having meetings before they marry, which happens before any non catholic marrying a catholic. 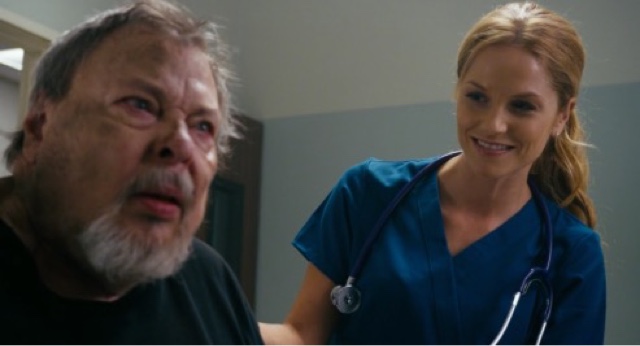 The film apart from being bloody awful, is bad beyond any words, poor acting, a terrible script that is borrowed between Drag Me To Hell and Devils Due, with so many good exorcism fllms such as The Exorcism Of Emily Rose, The Taking Of Deborah Logan, Exorcist Dominion, to the bad The Devil Inside, The Exorcist Tapes, Devils Due, this film comes into the latter.
With a TV show budget, and actually looking like a cheap daytime made for TV movie, that old famous stars of old usually end up in, we have this pile of turd.
A woman goes blank, does bad things, comes to, not knowing what she has done, obviously mental health is considered first, then it is obviously a demon possession they are dealing with, so said priest friend comes in to save the day.
In all fairness I lost interest at the 25 minute mark, the other hour was spent getting myself snacks, beer, and even though the film was on in the background, and me moving between rooms I still never missed anything, because it is so obvious where it is going, with every cliche borrowing from Devils Due, Drag Me To Hell and even Exorcism Of Emily Rose. Believe me do not bother with this, I like most movies I see, and always try to find a positive, with this I couldn't. It is a cheap looking TV movie, with soap style acting, bloody awful scenes of horror "WTF is the whole dream sequence about" as Emily goes Into a black and white spirit world. Honestly this movie is shit!!! There is no reason to watch this movie, even with an aging Sherilyn Fenn, Larry Drake, and Colm Meaney, and Colm what was you thinking of starring in this. With longtime TV actress Ellen Hollman as Emily Blair and Will Kemp another TV actor, this film is a no go, "shit looking back even Sherilyn Fenn in Boxing Helana is better than this movie".
It is on Netflix at the moment, but avoid is all I can say, if you do watch you have been warned that it is shitter than shit, and that pains me to say, as I generally like all movies I watch.
1/5⭐️