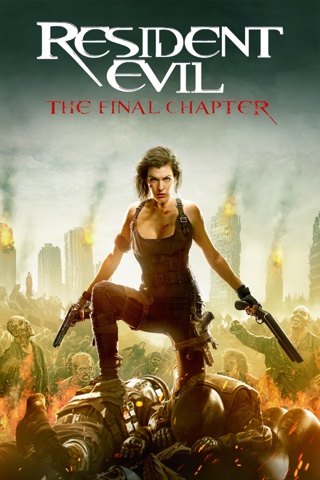 Like it or hate it Paul W. S Anderson's Resident Evil has been one of the most successful and profitable franchises for Sony Pictures, a film that took the core game and wrote a new rule book, creating a fictional character in the name of Alice ( Milla Jovovich).
Which decision has upset hardcore gamers, but others has said provided a positive female ass kicking role model, in which Milla Jovovich is perfect for.
Now I'm being honest I kinda lost interest in the franchise after number 3, with in my opinion Afterlife and Retribution were only made to take advantage of the new technology and promote 3D visuals.
Making absolutely no sense whatsoever, plot holes galore, but still having marvellous action set pieces to gawp at, and even giving Michael Bay a run for his money and in the action porn money shot stakes.
The Final Chapter in my opinion is the best in the franchise since the excellent Extinction the third in the franchise, directed by Russel Mulcahy of Highlander fame, the film went in a different direction being a road movie, with Alice and survivors on the run from the evil Unbrella Corperation, with dirty desert visuals, in the hot grimy sun, it took the franchise back to basics, but actually worked.
The reason why I liked The a Final Chapter, with the first third being set in the wilderness once more, with in your face action, that doesn't let you come up for air in the opening 20 minutes. The booming soundtrack though 5.1 surround hitting all the correct bass notes. It is the Walking Dead on speed and Cocain, and as I said breathless, obviously it does calm down a little, with a return to where it all started, a return to Racoon City to visit the Hive once more, to find the airborne antidote to the T-Virus that will instantly wipe out all infected with the T-Virus.
The film could have been perfect but!!!!
It is actually spoilt by fast editing, action scenes that are just to fast for your eyes to catch up, we have a sense of danger from the booming soundtrack, but then the scene is ruined by absolutely shocking fast edits that take away any tension, as we cannot fucking see anything, it really is just too fast. I watched this and I'm making my judgement on the 3D version, and it is absolutely no point in investment in this version, as the 3D element is so fast paced, that any stand out 3D visuals are wasted, as your eyes simply can not take in the fast visuals. The landscape scenes are perfect giving a sense of depth in 3D, but that is the only positive point of the 3D version.
Fans of the original movie will love the nods to the original movie, especially the laser corridor scene used brilliantly once more, the film is extremely violent, and a 15 certificate is a joke, as you see more violence In this than most other 18 certificate films, but the reason they got away with such a violent movie, is once more the violence is so fast paced, and sporadic it is hard to see the gore.
A film that is a return to form for the franchise, taking the best bits from Extinction and rehashing it with the first movie and we have a franchise that has finally come full circle. Milla Jovovich is still amazing in this, and the reason this franchise worked, the ending is a disappointment though, a tip of advice Mr Anderson when the movie fades to black end it, not then carry on, with a potential nod to more movies, it is called The Final Chapter, the hint is in the title, why ruin it with a then open ending, FFS if your going to end it, end it.............. That is all I'm saying.
Still not the best in the franchise, still better than the previous two, let down by awful editing, with more set pieces that would give Michael Bay a hard on, but still doesn't quite deliver, shame really, as parts of this movie really does work.
3/5⭐️⭐️⭐️
BluRay Exclusives.                                           Also includes.
⚫️ Retaliation Mode with Paul and Milla.          ⚫️Explore The Hive.
⚫️ Stunts and weaponry.                                 ⚫️ The bad ass trinity& the women of Resident Evil.
⚫️ Sneak Peek Resident Evil Vendetta.
⚫️ Bonus disk.
⚫️ Featuring 30 minutes of exclusive content including:
⚫️ Directing The Final Chapter.
⚫️ From Script To Screen.
⚫️Rola As Colbalt.
⚫️ Plus much, much more.
* please note this is the UK 3D version of The Final Chapter, other countries may differ in special content. 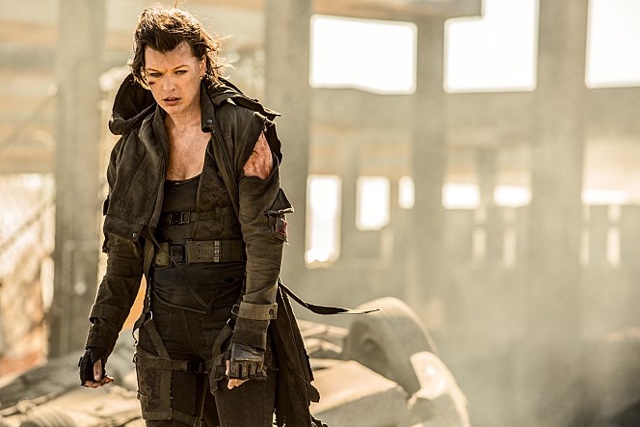 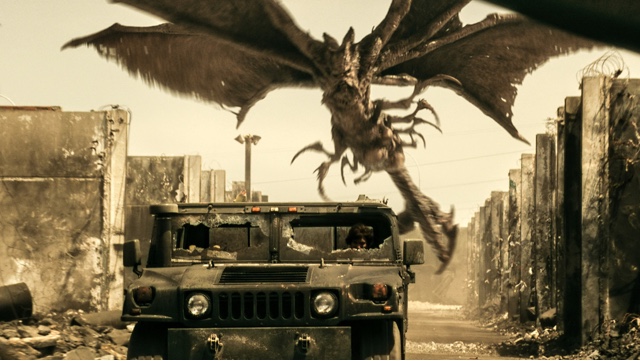