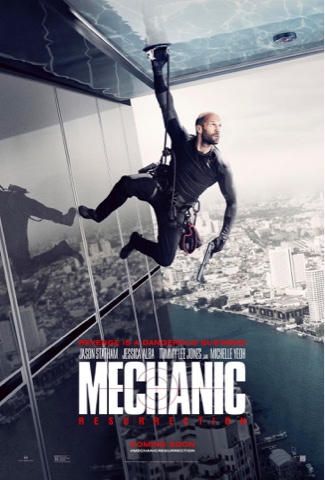 The Mechanic Resurrection or The Mechashit as I call it, a complete waste of space as a movie, even 31% on rotten tomatoes is far too generous. Now I like Jason Statham, agreed he is not the best actor in the world, but oh my god he kicks ass in his movies, this is not one of those movies.
A movie that is so bloody average, a straight to video effort that somehow got a cinema release, with one of the worst scrips, that actually insults your intelligence, with one of the worst performances ever from Jason Statham. With a wooden Jessica Alba, in a storyline that is so stupid, as a charity care worker blackmailed into guess what? To have a romantic interest in Statham's character, to then get kidnapped when she knows this will happen, to get Statham's character out of retirement again,to do one last Job to save her life, even though he has only known her for days, and knows the whole thing is being set up by some criminal mastermind, and he fucking falls for it. A professional hitman, a professional shit-man if you ask me.
Honestly this movie is bad, a movie low for Jason Statham, who if turning out shit like this, is slowly turning into Vinnie Jones as England's worst action star. A no,no a dreadful piece of celluloid travesty, that is beyond words how bad this movie is, using CGI blood as well is a insult to any action fan.
1/5⭐️
* one plus point the picture quality is superb on bluray, with a crisp picture palette, bright colours, with the sea scapes looking stunning
BluRay special features:
⚫️Engineering the Sequel - Inside Mechanic: Resurrection.
⚫️Scoring the Action Film with Mark Isham.
⚫️The Malaysian Prison.
⚫️Michelle Yeoh, Secret Ally.
⚫️Statham on Stunts. 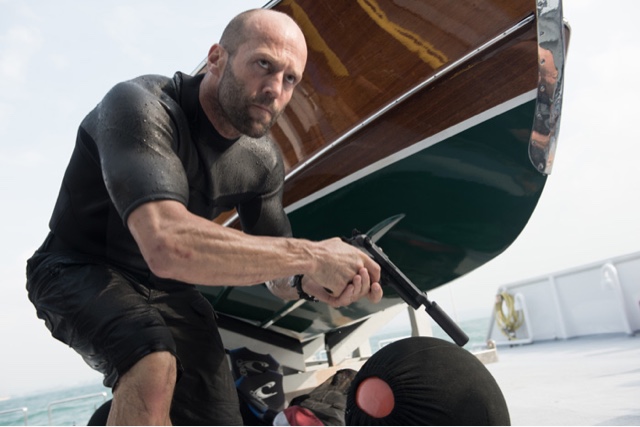