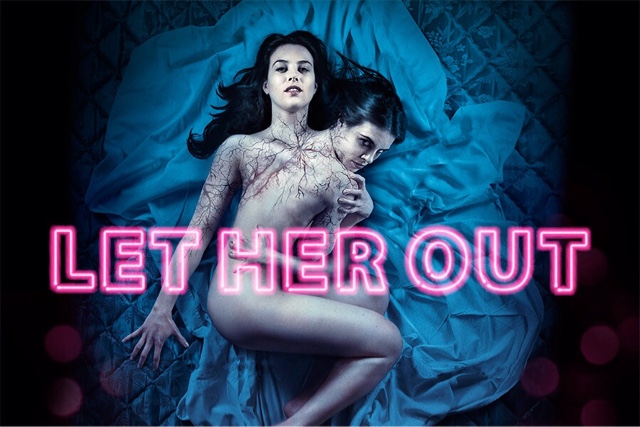 Plot summary:
Helen a bike courier, who suffers a brain injury due to a car accident, having recovered is having time lapse problems and visions. She returns to the Doctors to find out she has a tumour, but the tumour is unlike any growth and turns out to be an unborn twin her body absorbed whilst in the womb. The injury to her brain has created endorphins and awoke her twin, and she wants to now come out
Let Her Out movie review, a film that has great ideas, but almost fails with a dismal script that is clunky, with god awful dialogue, I can forgive the average acting as the title character Helen ( Alanna LeVierge) is her debut film, and can only get better. The spoken dialogue is dreadful the one scene when  her friend Molly ( Nina Kiri) is talking to her and says  "it's not what's in your brain but its what's in your mind" and another scene when her friends fella, Ed ( Adam Christie) tries to come on to her saying " I wanna fuck, and you fuck you hard"
Within this movie is a great film wanting to come out, just like the titular character, and is actually saved in places from some very good gore scenes, and some gross out horror that will make you squirm, the arm scene for example is what great horror is about, the skin ripping scene in the finale is gross and vile, but saves the film from being a dismal mess. Now I'm being honest I was watching this and I wanted to hate it, I really did, but the film did let me in, it is a film that I believe might get better with repeated viewings, the horror and gore segments are what makes the movie, the dialogue is still dismal, but as I said earlier it really is a great film wanting to get out, think of it as mix between Stephen Kings The Dark Half, and Martyrs, especially the scene of the evil presence tormenting its titular character.
It has a definite indie feel to the film, with the soundtrack, the visuals, the trippy style titles at the beginning, it is a film that I wanted to hate, but actually enjoyed, especially the gore scenes that are gross, with a great stabbing scene and partial decapitaion later, saves this film completely.
3/5⭐️⭐️⭐️ 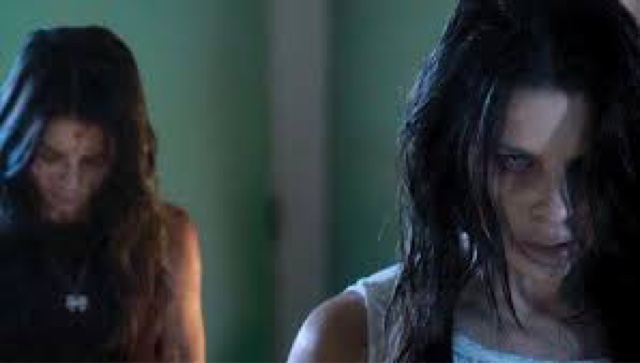