Horror remakes suck, but these suck harder than a vacuum, all being an insult to any horror fan.

The above title says it all, with so many of our favourite horror movies made and bastardised by film companies, and producers with no new ideas, so just take old horror and remake them, most of the time badly. With myself watching one over the weekend and it was fucking awful.
This compelled me to put down my five worst remakes of all time, you may not agree, but I really hated these with a passion.
Number 5. Halloween 2. 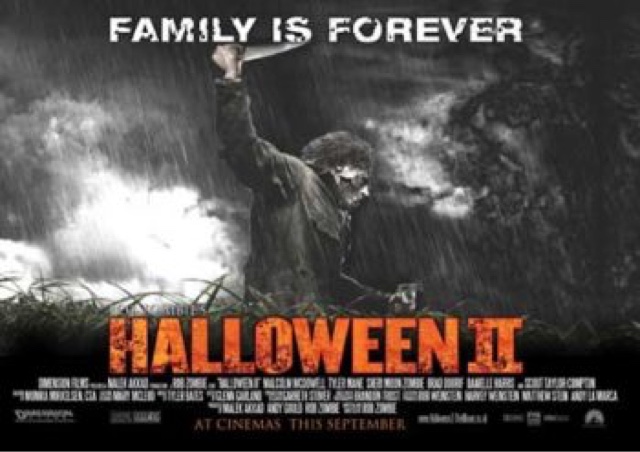 Now I'm not the biggest Rob Zombie fans, a director I believe is all about style over substance, taking a music video approach to all his movies, with fast edits, weird camera angles, the fact his fucking wife is in every movie, gets on my fucking tits, she cannot act, and this movie in particular she annoyed me more than most. The movie actually has some great gore scenes, and are brutal, but the movie is spoilt by a constant scene of Michael Myers mother played by Sherrie Moon Zombie, as a ghost why does she need to appear to serve as his conscience, he has none. This film may have worked, but the fact Zombie had to put his wife in, for absolutely no plot reason at all, is why this movie is in my top 5.
4. Psycho Now Gus Van Saint had a very silly idea to remake this movie, he actually choose to shoot it shot for shot, as a homage to the original by the great  Alfred Hitchcock. With in fairness a decent cast, Anne Heche as Vivian Leigh was near perfect. The problem why this didn't work is one actor Vince Vaughn, so hopelessly miss cast as Norman Bates, Anthony Perkins was as perfect as perfect can be, showing a naive side to Norman Bates, although creepy, you actually felt sorry for him, for years of abuse from an overbearing mother. You could almost understand his actions. Vince Vaughn's Norman is just dreadful, with no sense of threat, none of the naivety which Perkins brought to the role.
Why oh why was it shot in colour another no, no, which set Hitchcock's movie apart from the rest. This movie is just too awful to mentioned, with it being just about lambasted from every critic, a film to avoid.
3. Prom Night. 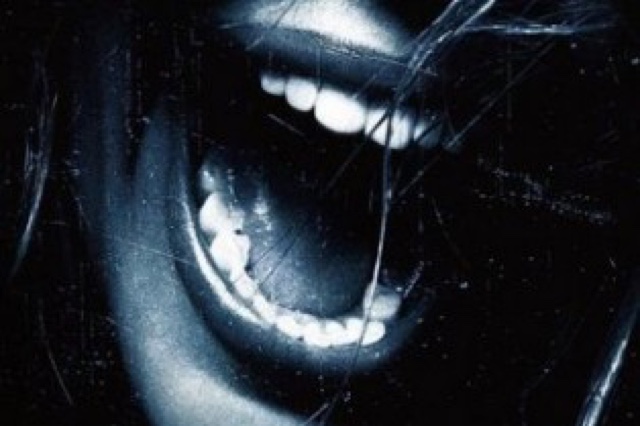 A film that is so incredibly bad, made in 2008, the remake of the 1980's movie of the same name, starring Brittany Snow, who is actually decent in this, in all fairness most of the acting is above normal, we even have a younger Idris Alba in this as a police detective. My problem with this movie, it is so obviously geared up to the PG13 audience, we actually have no gore, we see no fucking blood, even when someone is multiple stabbed. The bad guy has absolutely no presence, with scenes of absolute quietness, for long periods of time, no tension and no blood is why this movie is an absolute joke. With no explanation how the killer manages to escape from prison to claim his victims, especially in the modern age of cctv cameras, why he is not spotted offing staff, and teenagers alike, in the corridors of the hotel where this movie is set,is why the movie is an insult to intelligence, you could get away with it in the eighties, not in our modern age with the overbearing cameras watching every move we make.
2. Poltigiest 2015. 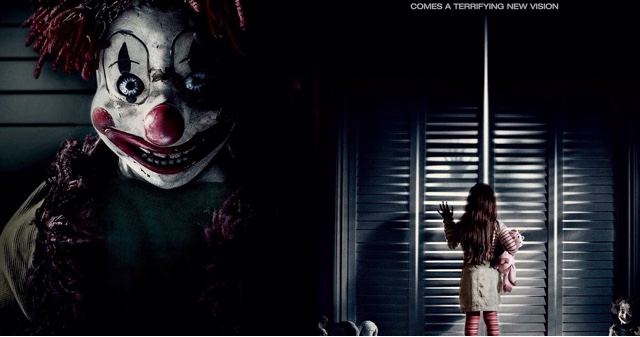 One word why!! I'm not even going into why I hated this movie, search on my blog I've already reviewed it and gave it a blasting. The typical movie made for the sake of being made, just don't bother, watch Tobe Hoppers version instead that is all I'm saying.
Finally number 1. The Wickerman. 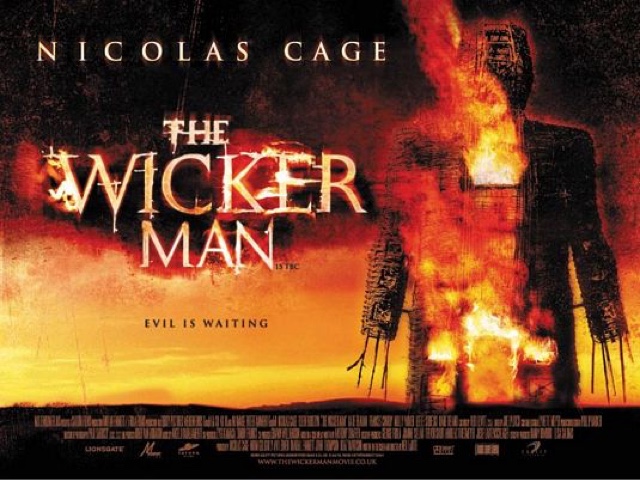 "The bees, the bees" with probably the worst performance from such an established actor such as Nicolas Cage, a long throw away from the days of Wild At Heart, Leaving Las Vegas, The Rock, Face Off, Dog Eat Dog. An actor who throws out multiple films a year now, long loosing his credibility of an Oscar winning actor, to pay off a divorce bill, and bankruptcy. Shame as I like Nicholas Cage, he has been up their as one of my favourite actors, but since this movie has been on a slow downward spiral of bad movie choices. This is just so unbelievably bad, changing the entire story of the original, we even had a different theatrical cut at the cinema version, with the director having to change it to the version we all know, from the outrage from the audience, that the studio had such distain for. It is one to certainly avoid, with so many great collectors edition of the original movie, it is a non brainer, watch the Christopher Lee and Edward Woodward version, anytime, it is essential viewing, not the pile of turd Warner Bros turned out in 2006.