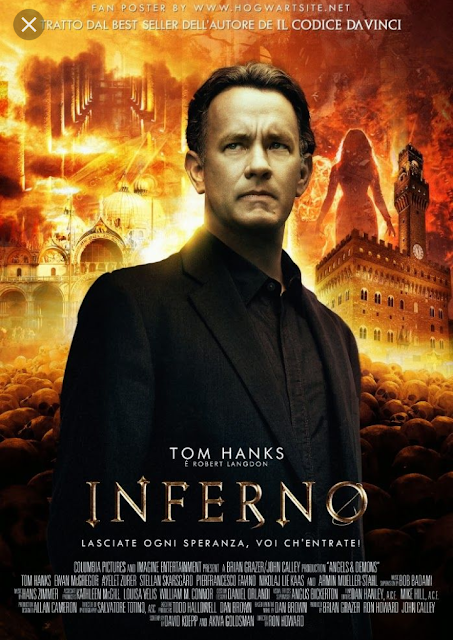 Starring  Tom Hanks, Felicity Jones, Irrfan Khan, Omar Sy, Ben Foster, Sidse Babett Knudsem.
Universally condemned by critics, being accused of being lazy film making in the form of director Ron Howard, but you know I didnt hate this movie. Yes it is a complete rehash of the previous two, a combination of Jason Bourne Vs National Treasure, with a religious element added into it, with The descendents of Christ, And The Nights Templars in The Davici Code, the God particle in Angels And Demons and Dantes Inferno in Inferno.
I have to say most of the film was a plodding mess that just involved Tom Hanks over acting, and running slowly, then again he is in his early sixties now. The  film does bring up some interesting points about human population, and the fact that since 1970 the population of the world had increased from two billion people to six billion, so if this trend continues in another 40 years over 20 billion souls could be alive, which will stretch the natural resources of the world, and unless the population has some extinction event, we will all die from starvation. This is the basis of this film, a billionaire environmentalist has created a mutated pathogen called rebirth, that will be released into the

atmosphere, which will eventually wipe out half of the world's population, an extinction type event. 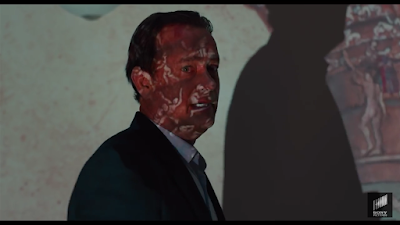 Based around the Dantes Inferno and the twelve levels of hell, making this the darkest and most violent Tom Hanks film, with the first 20 minutes giving most horror films a run for its money, with a hell on Earth vision that Professor Langdon has, with tortured souls on earth, a plague that disfigured you with horrible boils, people being eaten by serpents, half buried bodies in the ground burning, heads on bodies the wrong way round, rivers of blood and fire, and bodies being burnt and tortured in rivers of fire. With this vision being one of the most impressive visions of hell I have seen onscreen, almost bettering Constantine,
Pity the rest of the film goes into standard thriller mode, when this could have been quite a scary horror, which I believe is the problem with this film, it wants to be something different, by throwing in violent images early on, then decides to be an action thriller and a battle against time to stop a virus being released. Another pointless part of this movie is, why if you want to release a virus why  leave so many clues, so the world's most famous expert in cryptographic research can find it. An average film that only redeems it self because of a great opening segment, with some very scary imagery that is hard to get out of your brain, that turns into the same formlatic premise of the previous two movies.
2/5⭐️⭐️
The film is available on DVD and Bluray, both with an ultraviolet code for your online library, and with surprisingly great extras to enjoy.
Bonus features:
⚫️Extended and deleted scenes.
⚫️Visions Of Hell.
⚫️Inferno Around The World.
⚫️A Look At Langdon.
⚫️This Is Sienna Brooks.
⚫️The Billionaire Villian:  Bertrand Zobrist.
⚫️Ron Howard A director's journal.
⚫️Previews. 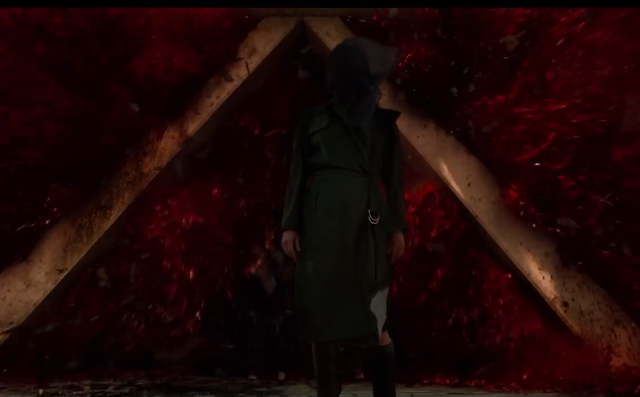