Creepshow 2 Is celebrating its 30 year anniversary this month, and whata great film it is. Directed by Michael Gornick.Available by ArrowFilms US, and 88 Films UK. Original release date May 1st 1987.Certificate 18 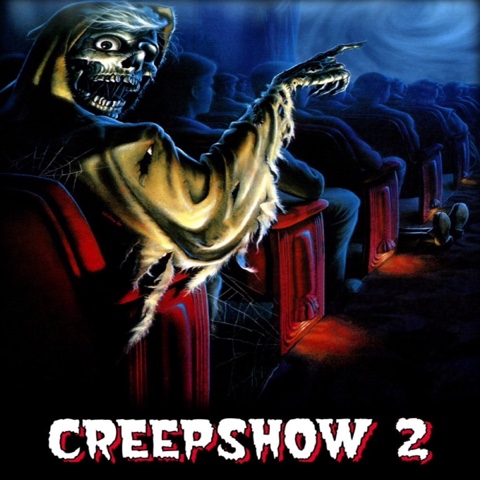 Looking back at this movie 30 years old this month, a film that was hated by critics, even now only has low numbers on Rotten Tomatoes "WTF" this movie is amazing, due to budget restraints only three stories was told, rather than the five planned, one was never even filmed named Pinfall, and even now remains still a script, yet another story was filmed The Cat From Hell, but was given as a short story on Tales From The Darkside The Movie.
The three stories that did remain was  Old Chief Wood'nhead The Raft and finally the Hitchiker.

Old Chief Wood 'nhead  was the first story about a wooden statue of a brave Indian warrior guarding an old couple's local store. When the store is raided by youngsters, one of them of native American decent, the couple is murderd by the robbers, to only have Chief Wood'nhead  enraged at the death of his owners, to come alive and claim the scalps of the young robbers, for their evil deed.

The Raft is easily the best of the three, about an Eco disaster in the form of a blob on a lake, that consumes anyone who tries to contaminate the lake with sweaty bodies, piss, and other body fluids that teenagers on spring break provide.

The Hitchiker was equally as bloody and violent about an unfaithful wife trying to hide an affair, rushing to get home, before her husband finds out about her infidelity. Hitting and killing a Hitchiker on the side walk, thinking the coast is clear she decides to drive on believing she has got away with the hit and run. Only to be plagued by the bloodied corpse of the Hitchiker " thanks for the ride lady" whilst tormenting her constantly on her journey home. 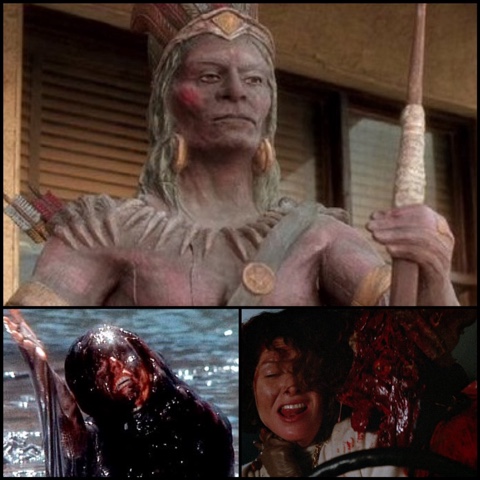 The thing is time as they say is a great healer and this film with the years passed has become quite a cult favourite, and so it should, with the three stories by George A Romero and Stephen King, with the typical make up effects by the god that is Tom Savini, we have a film that really is a decent anthology movie, although not as good as the original Creepshow, still is a decent sequel. With a poor Creepshow 3 that was a straight to video or VCR release in the early nineties. As Tom Savini said if you want to see a decent sequel to this movie watch Tales From The Darkside The Movie, as The Cat From Hell featured in that movie, should have been in this movie. With the film doing better on the home video and rental market,  with a release in the UK on VHS on New World Video, then eventually on DVD by Arrow films, with a Bluray release from 88 Films in the UK and Europe. 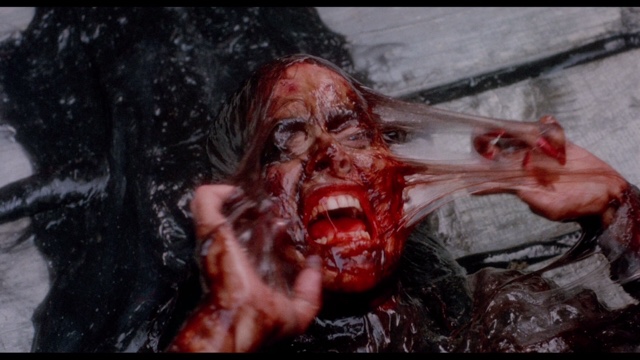