Two more theories have popped up in recent weeks, explaining the alien parasite in the movie Life, that we know now is not the prequel toVenom. Other stories have this alien life tied to two more franchises The Thing, and Cloverfield. 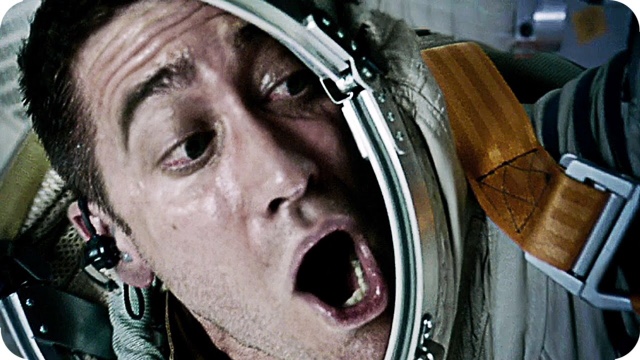 It seams the the myth surrounding the film Life hasn't yet stopped, with the original myth that it was a prequel to the Venom franchise has now been proven to be false, just because some Reddit user spotted recycled footage in the trailer borrowed from Spider-Man 3, and both being produced by the same company, the Internet lit up like crazy for a few days.
Well two more myths has now been floating around about the alien in Life or "Calvin" as it is called, that it could actually be 1.the Alien in The Thing.
2. The Alien in Cloverfield.

Now in fairness it cannot be the alien from Cloverfield as it is it widely known, that it was a sea creature that maybe has been lying dormant in the ocean for millions of years, and below is two reasons how that being became to be, but another Reddit user compared the alien ( Calvin) to the Cloverfield beast, and in the final scenes of the Spacecraft landing Into the ocean, it did not burn up in the atmosphere, and quickly absorbed all the sea life in the ocean to grow to a massive size.
The real reasons to the Cloverfield monster are below.

Slusho is a fictional Japanese soft drink company which makes the Slusho! icee drink. A new energy drink that teenagers and young adults love.The secret ingredient in Slusho is something called Seabed's Nectar, a natural steroid type substance.This ingredient was discovered on the deep ocean floor, under amazing pressure and in the most extreme cold. It is drilling for this substance that some believe wakes the monster that has been lying dormant for millions of years. Other people suggest that the seabed nectar is somehow connected to this monster, and is actually a parasite that lives off this creature, as seen In the movie with parts dropping of him and attacking humans.
The other story is The parent company Tagruato is a fictional Japanese oil drilling company, and parent company to Slusho who's own satellite the  (Chimpanzlll) satellite has exploded in space sending fragments into the Atlantic Ocean Tagruato's scientists and engineers are assisting to track and recover the fragment.
Apparently, the monster was buried in the mid-Atlantic ridge millions of years ago. While searching for the satellite, they woke up the monster.

The story that it could be related to The Thing is an interesting one, although the Thing is Shown to be an alien ship buried in the ice, and is being studied by scientists, what if the Alien found was just a host, and The Thing is actually a Virus type entity, that as we know needs a host, in which it assimilates, this idea ties into the being in Life ( Calvin) more soundly, and makes more logical sense than the Cloverfield idea, and certainly a bigger threat to mankind than the Cloverfield monster. Although Life is a film in its own merits, these web stories will not stop untill Sony Pictures actually says so, that this is just a movie about an alien parasite, but untill they do, these theories will continue to flood the Internet.