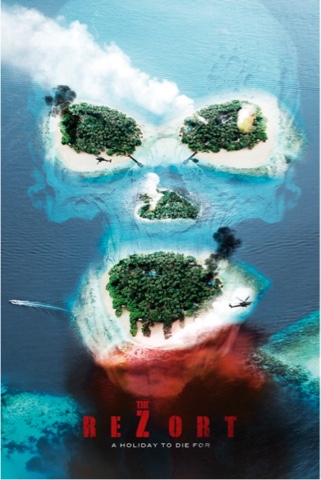 The Rezort from director Steve Barker, the Director of the original Outpost, this British made film, with Scottish funding, is a surprising little gem of a movie, one I thought I'd hate, but was actually very good, with a very good looking film, that although low budget, looks quite the opposite with surprisingly high ending value. Starring fellow Scot, Dougary Scott as the lead, and Claire Goose from Casualty in the UK and The Bill two very famous Hospital, and Cop dramas in the UK, we also have Austrailan actress Jessica De Gouw best known as The Huntress from DC universe Arrow, she also starred in the apocalyptic film These Final Hours, and finally staring Martin McCann the Irish actor known from the excellent movie the Survivalist. The film has been marketed as The Walking Dead meets Westworld, meets Jurassic World, which I can say is fair to say, but I believe it deserves more than those comparisons, the film more reminded me of Dead Island the very good Zombie shoot em up RPG game.
Plot Summary;
We are shown from news broadcasts about a Zombie outbreak that happened 10 years before, with the apocalypse claiming two billion lives, but humanity actually fought back, and the 'Z' outbreak was finally contained. Using the 'Z' outbreak as a financial commodity CEO Valerie Wilton ( Goose) has created an Island Resort known as Rezort where very rich clients can lay in luxury, whilst going on safari to shoot infected humans infected with the Z virus, who has somehow been shipped on to this West African Island, protected by electric fences, and strong security defences controlled by an excellent high tec security grid controlled by computer nerds. We are introduced to various guests a bunch of Buisness types, two teenagers winning a dream holiday by winning an online video game shootout, a dumped fiancé still going on her perfect honeymoon, a young couple who are sent to the island as therapy to get over the trauma of the previous 10 years, and an unknown single male, who just likes to hunt.
Like in Jurassic Park the defences fail, and the Undead get into the Resort, and it becomes a battle for survival for real, as it is no longer a fun safari but an actual survival game.
This film has surprisingly great make-up a fantastic use of extras as Zombies, and looking like a high end high budget movie, although not, it still looks that way, with very good acting throughout, with some great action scenes, although a little bit more violence is needed in places, and I prefer it to be a bit more bloody, like in Train To Busan, sometimes vilolence isn't everything and great storytelling is more apparent in both movies, a very good movie that I agree with with Rotten Tomatoes currently giving this movie 97 per cent fresh, it really is a fun movie, with a great twist ending, that I really did enjoy.
4/5⭐️⭐️⭐️⭐️ 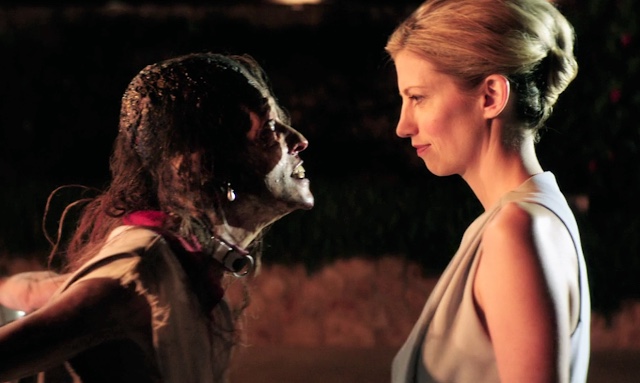