The Mist From the short story by Stephen King, Television Mini series has finally been made and debuts on Spike June 22nd for a ten episode run. 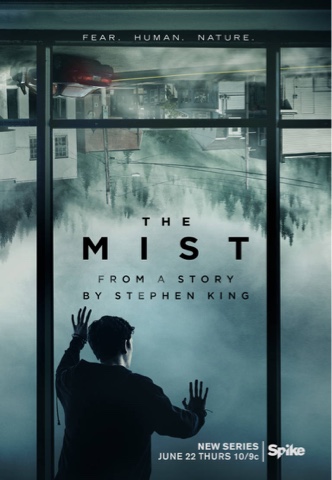 Stephen King's The Mist has been adapted for a 10 episode mini series, arriving on Spike June 22nd Thursday 10/9c. Can it beat Frank Darabonts 2007 version is the question, with an ending that divided critics and viewers alike, but an ending that I thought was just pure genius, and starring in probably the only role I liked him in and that was Thomas Jane.
Well this promises a different take on that movie, the mist still descends, still engulfs the small town in Maine but like in the movie, some wormhole was opened to bring in these beings in the mist  from another dimension, we are unsure what causes the mist in this production. 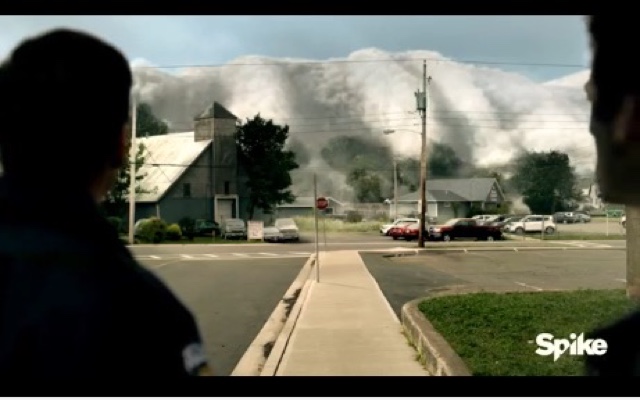 This time the story is about a family, after suffering some type of tragedy, and is told from their point of view, although it seems the supermarket, and a church is seen in the trailer with survivors in it, it features the family fighting the demons in the mist from their house. With Frank Darabont's version closer to the source setting, although the ending was different, this time it will feature multiple storylines  and be a different take on the 200 page mini story from Stephen King, but will still remain faithful to parts of it. With Stephen King being shown the pilot episode by Showrunner Christian Torpe, here is what what was said " Mr. King was incredibly kind in terms of changes; he told me that as long as I didn’t do anything safe and ordinary, he would be happy. No words can explain the feeling of waking up and seeing an email from Stephen King in your inbox. It is as exciting and as scary as reading ‘IT’ when you were 12. He was such a gentleman, incredibly generous in terms of the changes I have made. He has also read and seen the pilot and thought it was ”pretty damn good”. Hoping and praying he will continue to think that about the rest of the show!" 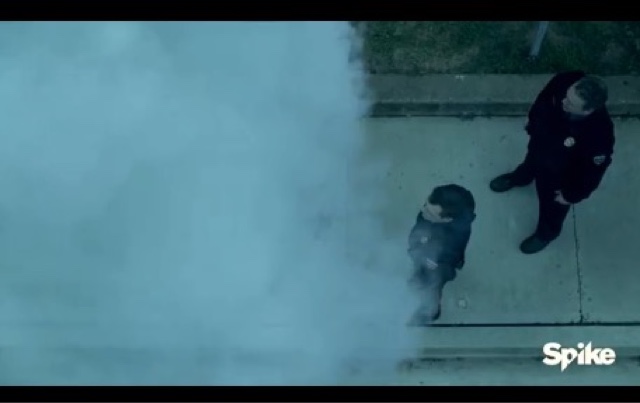