The Girl With All The Gifts, available on DVD and BluRay from Tuesday24th April, US. Directed by Colm Macarthy. Distribution by Saban films,Lionsgate. Rated R running time 111 minutes. 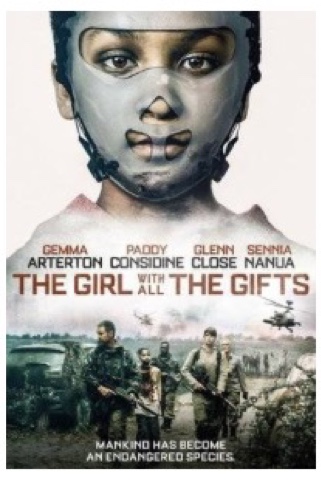 Our fellow Brits have had access to this film for some months, but it finally gets a US release next week on Tuesday 24th April, and it is a decent film, with one outstanding performance from Sennia Nenua. It is currently streaming on Vudu and Amazon for $6,99, and with a retail price of $17,99 it comes as a DVD Bluray combo with a digital download code for the movie.
The Girl With All The Gifts starring three outstanding actors, Paddy Constantine, Gemma Arterton and Glenn Close, with the outstanding performance from young actress Sennia Nenua as Melanie, who although being infected seems to hold the key to beating the desease, she is intelligent willing to learn and please, and is practically human, apart from her urges to eat living things, with children being the second generation of this desease, and able to learn, are being monitored in an army base, and being dissected to find out through their neurological brain matter how this fungal infection attacks the brain, and how they are able to control it. When the base comes under attack from the infected outside, Sgt Eddie Parkes ( Considine) Teacher Helen Justineau (Arterton) and Dr Caroline Caldwell (Close) are determined to protect Melanie, as she is the future cure for mankind, and also enables them to walk among the infected. With some great action pieces spread out quite thinly, the infected do move and think as one when moving and attacking, very much like World War Z, but in my opinion looking like the rage infected in Danny Boyle's 28 Days Later. The film running at almost two hours is a slow plodding movie, but the performance from all involved makes up for the slow pace, the CGI does look impressive and the London setting, looking like the big budgeted I Am Legend, with trees and foliage growing in the unkempt streets, and shopping centres, seeing Barclays Bank and Lidl stores over grown with bushes, weeds did look Impressive.
The movie was extremely well made, but!!! And a big but was let down by a terrible final third, that made no logical sense, such a shame to go along for the journey and be let down by a very poor ending, still the movie is still worth the watch if only for Sennie Nenua a young star in the making, and the always reliable Paddy Considine, one of Britians most underrated actors.
A fine film, good set pieces, a little slow, brilliantly acted, just let down by a very strange ending.
3/5⭐️⭐️⭐️ 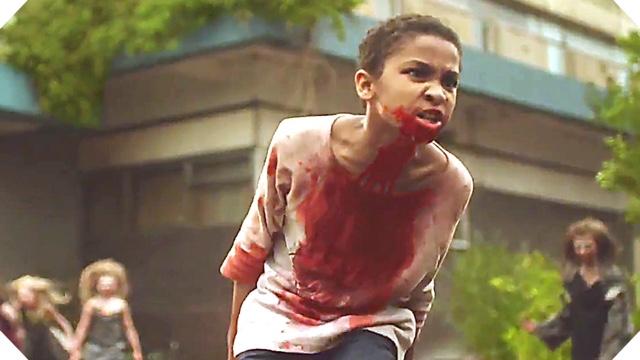