Music is integral to most movies, but some songs make iconic scenes, and sometimes you may never listen to that same track again in the same way. 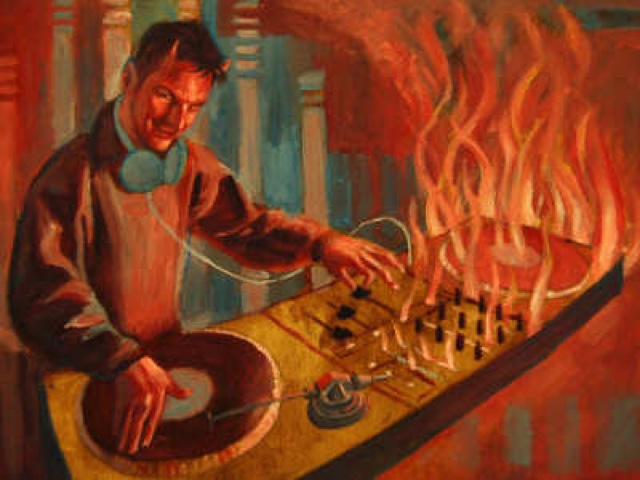 Music is always an integral part in any movie, the thing is you don't always associate music and horror mixing, sorry I'll take that back John Carpenter's Halloween theme is the most iconic, but what about the use of mainstream songs in movies, here are some of the best examples of music, to create iconic scenes from movies, these are just some of my favourites but their are hundreds more, but these are the few that stood out for me.
1. Jeepers Creepers, the famous song from the Fourties, you never see or hear it as being sinister, that is untill you see the ending of the film, with Justin Long not looking his best.


2. Tiptoe Through The Tulips by Tiny Tim, although this song is a very strange one, Infact it's already creepy, it is used perfectly In Insidious Chaper 1, although this is not one of my favourite films, the use of this song throughout the movie is the one positive part of the movie, and is used brilliantly in two very scary parts of the movie, especially the final third.

3. Hit Me One More Time by Brittany Spears, how the hell did a pop song make its way into a horror comedy, well it does, and is probably the best scene in any horror movie from 2015, plus it is also hilarious. Scouts Guide To A Zombie Apocalypse has so many memorable scenes, and great songs, but this one is easily the most iconic.


4. Hip To Be Square by Huey Lewis And The News used perfectly in American Psycho.
The famous scene where Patrick Bateman ( Christian Bale) in I think his most perfect role to date, and I'm being honest the only role I can watch him in, as I'm not his biggest fan. The scene where he is saying it's the most perfect pop song before he bludgeoneds his co worker to death with an axe.  This film is perfect in every sense, being the perfect 80's movie never made, but all the pop culture references to music is without doubt the films finest moments.


5. The Star Spangled Banner from poltergeist
This iconic song is never ever thought as being creepy, that is until you have seen Poltergeist. The opening segment is the perfect opening to a movie, giving you the perfect sense of dread.