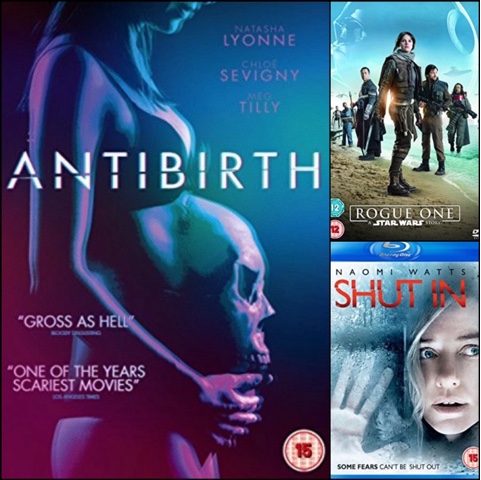 Just three of the best DVD and Bluray releases in the UK available from tomorrow April 10th 2017, obviously the biggest release is Rogue One A Star Wars story, which if you haven't seen, where the hell have you been, the best Star Wars movie since Empire Strikes Back, it even has it dark tone, and not the light hearted Episode 7 that J J. Abrahams directed in 2015, a film I have seen, and may release a review tomorrow, but as this is a horror blog I probably will not.
The best release tomorrow is Antibirth, starring Natasha Lyonne, Chloe Sevigny and Meg Tilly, from Matchbox films, a film that is the most original movie I have seen in ages, its gross out visual images, the foot scene in particular has to be seen to be believed, if you enjoy pimple popping videos on YouTube you will love that scene. With one of the most bizarre and just plain WTF moments the ending, is one to be watched and be astounded by. If you read my Blog posts, this films pops up as one of my most viewed posts, the film is incredible, no doubt it will be one of the cheaper releases this week, but if you see in your local shop or supermarket get it. The other horror release is from Arrow Films and that is Shut In starring Naomi Watts, unfortunately I have not seen that movie, but I may give it a go this week. So that is just a few titles to enjoy, all available from tomorrow. 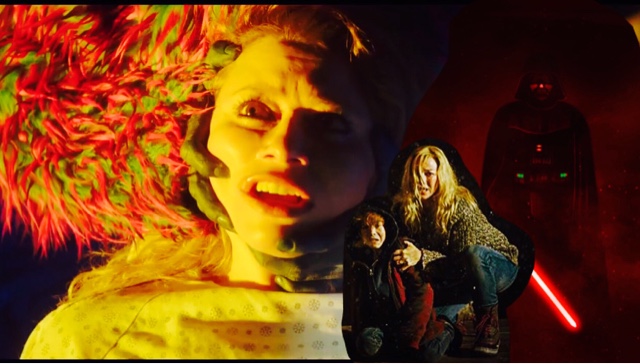