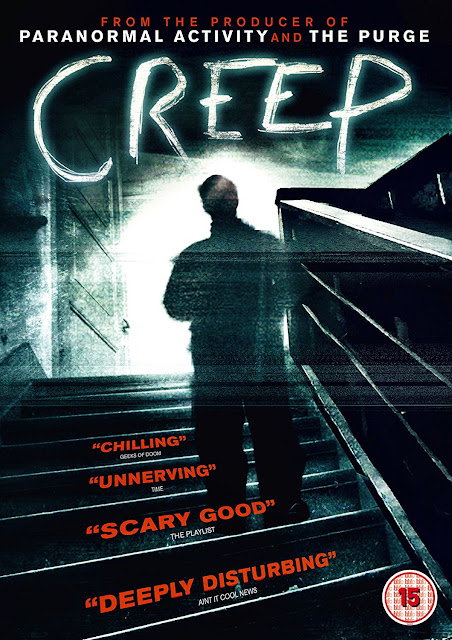 This is not to be confused with the 2003 film of the same name Directed by Christopher Smith. But it is equally as disturbing,not so much a Horror or slasher film like the before mentioned,but a psychological film that will get under your skin long after the credits have ended. This finally gets a DVD release from Kaleidoscope, released on Monday 1st May.
Directed by and starring Patrick Brice and produced by Blumhouse pictures,and Mark Duplass,who is without doubt outstanding also starring in this film.
Plot Summary:
A story about a videographer who answers an add on Craigslist,to enlist,and film a dying man with terminal Brain Cancer,his eulogy to his unborn son,for just 8 hours of his time for a thousand dollars, what could possibly go wrong.
Aaron meets Josef, who seems quite a character,very open, a hugger type of guy. A bit out there but very likeable. They actually seem to get on apart from the fact Josef keeps making Aaron jump,with different scares,but always apologising,saying he has a strange,and dangerous type of humour.

I'm not going to spoil any more of this film,but you have to see it to believe it,Mark Duplass as Josef is beyond outstanding,likeable,fun, one moment,then quite terrifying the next,almost a Jeykel and Hyde character. That freaks out Aaron so many times,with stories of Josef stalking Arron,before he got the job,and Josef admitting off camera he tied up his wife one night and raped her. A phone call that Arron intercepts from what he thinks is Josef's wife,and is actually his sister who tells Arron,to leave her brother immediately as he is not who he says he is,and is very mentally unstable.

As I said I wasn't sure what to expect from this film,but I'm glad I watched it,as it is brilliantly acted,especially by Mark Duplass as Josef,a really unnerving film, that is terrifying without any horror,blood,or jump scares, you are just unnerved by this Man,and you find yourself asking,is he dangerous,or just a little strange. And does everything he say is a pack of lies,or is he really telling the truth. With a Character he has created called PeachFuzz,who is bizarrely scary,we have a modern phycholocical film that is genuinely scary,and extremely unnerving,directed brilliantly by Patrick Brice,who is equally good at acting too,with all the acting plaudits going to Mark Duplass,who is brilliant,and such a great actor,and so much better In this,than his recent effort in the Lazurus Effect. Please give this film a go you won't be disappointed,it is just a shame that VOD films are not considered for Oscar nominations,as Mark Duplass surely would be a contender.
4/5⭐️⭐️⭐️⭐️ 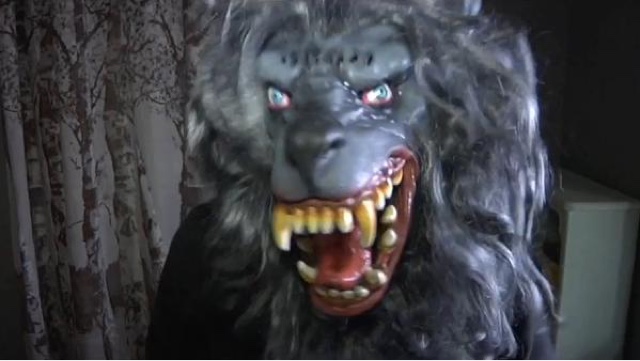