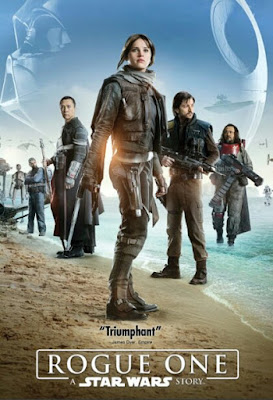 After deliberation I've decided to include this movie on my blog and why? Well it is probably the darkest Star Wars movie since The Empire Strikes Back. From Gareth Edwards, the director of the excellent Monsters, then in 2014 Godzilla, although universally hated by critics fans said it was the Godzilla movie they wanted and was faithful to its source material.
Anyway back to Rogue One with apparently full re shoots, even talks of other directors being brought in, with the entire final third apparently changed, but did this ruin the movie "fuck no" yes the tagged in Darth Vader ending, although Gareth wanted it to be even more violent, was amazing fans were absolutely gobsmacked, the dark ending, the final battle with the rebels and the Empire, it was far darker than The Force Awakens, and any of the prequels. The film is so good it has been noted in spoiling Episode 4 A New Hope, that almost seems to be a let down in its pacing and tone. I'm writing this after seeing the trailer for Episode 8 and being disappointed by it, even the red poster looking like The Hunt For Red October. Can you see the similarities I certainly can. 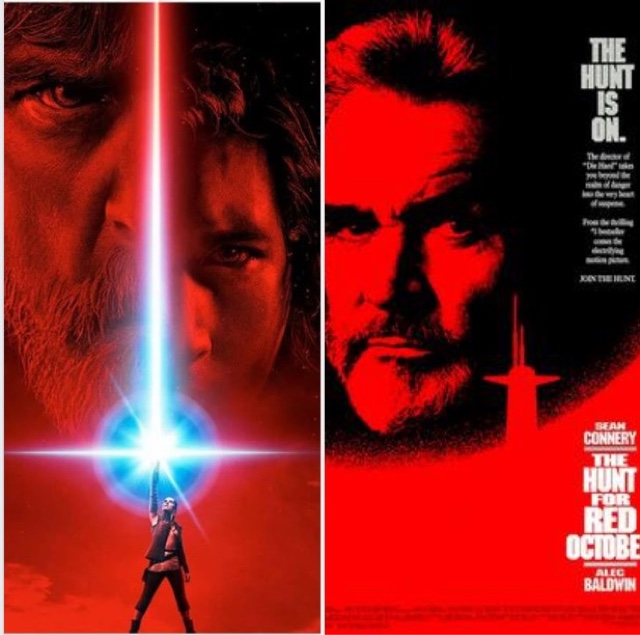 There are so many reasons why Rogue One is probably the best Star Wars movie made, one has to be it looks so retro, it actually looks like it could be the prequel to A New Hope, not like the George Lucas prequels made to be 30 years before A New Hope but looking like a thousand years into the future, either that or technology decided the retro look was the way to go, and the proper look is of the original trilogy. There is so many nods in Rogue One to A New Hope it is actually a fan boys dream, to the same engineering staff who test the weapon on the Death Star, to bringing back Grand Moff Tarkin although CGI still looks impressive. It is so hard not to be impressed by Rogue One, the ensemble cast, like the Expendables with so many members of the cast, some with little screen time, but all make their mark in this story, and all be proud to be a part of the Star Wars experience, that the other actors in the Prequels never really cared about such as Natalie Portman, Haydn Christiansen and Ewan MacGreggor.  Although Episode 7 The Force Awakens was a good film, it was just a reminiscent glance to the original, bringing back old characters for nostalgia purposes. Rogue One is so its own film, that still fits timelessly into the Star Wars universe, a film that Disney was brave to make and actually pulled it off, one of the darkest films to ever be produced and distributed by Disney, one even with a downbeat ending, makes Gareth Edwards Rogue One one, if not the best Star Wars movie made, one that even equals The Empire Strikes Back.
A truly remarkable film that really needs to be seen, with more spin off movies planned with the early days of Han Solo still in production the Star Wars Universe under Disney is literally bringing " A New Hope" to the Star Wars universe.
5/5⭐️⭐️⭐️⭐️⭐️
A fans dream in the UK four different versions of the film has been released, all with different Collectable covers, including a Steelbook edition which apparently is sold out, and also a Big Sleeve Edition only available in Tesco's which to my dismay was a store exclusive and first day release edition only so if like me you were unluck to get a copy no more copies are being released in that format, with sales already three to four times the value on UK EBay. 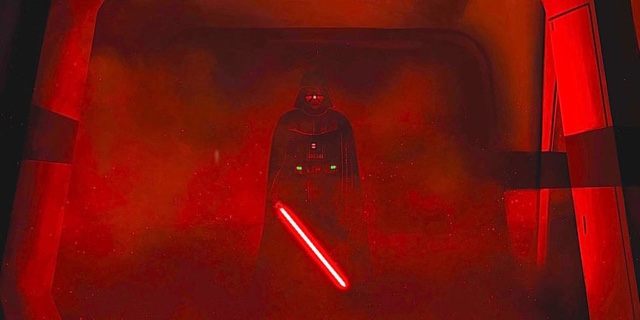