A few titles I will be reviewing this week, with three I have already seen, with three I'm so looking forward to seeing, and putting finger to keyboard to write about them. 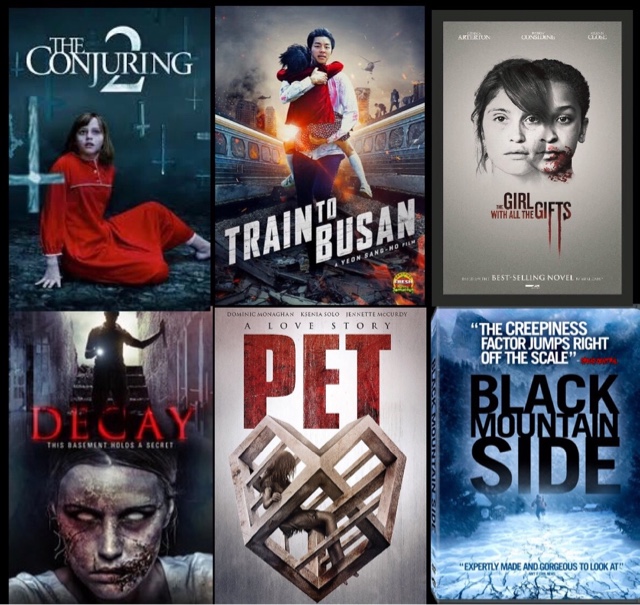 Just some of the titles that I will be reviewing on my blog over the next week, I have already watched the top three, but yet haven't had time to put finger to keyboard to review and write about them, the bottom three are movies I have recently brought in the last week, I'm especially looking forward to seeing Decay, although the premise seems vile and degrading it honestly seems a touching film.
Pet is another film that's been on my list for some time, and Black Mountain Side is a film I picked up cheap from my local supermarket, as they were doing an offer on Fortitude season one on DVD, they put this alongside it, in the hope it grabbed someone's attention, well it certainly caught mine and I purchased it. Another thing to say the Two Zombie movies above are very good, but one is absolutely outstanding, and probably the best Zombie movie ever made, but I'm not telling you which one it is.
Finally The Conjuring 2 was a film I so wanted not to like, but a pre taster, I loved it, it was so much better than the first Conjuring movie, and although a little Hollywood licence was added to this movie, it was still a really enjoyable scare fest, the London setting was perfect, with a great seventies soundtrack, and nostalgic look back at the decade I remember so well, being the decade I was born,and was a pre teenage lad in. 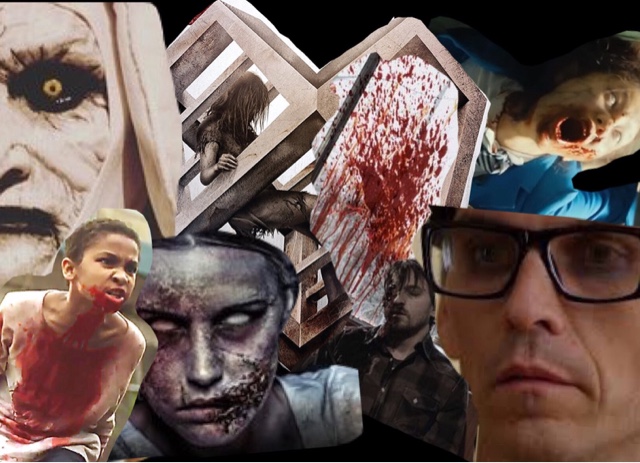