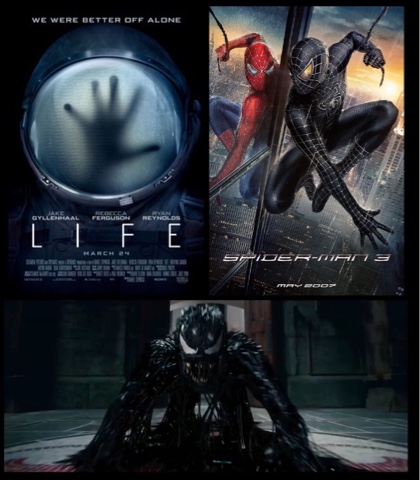 What links the new film Life to 2007 Spider-Man 3, apart from both being owned by Sony pictures, but an eagle eye fan spotted in the recent trailer for Life a scene that was remarkably similar to a scene in Spider-Man 3.
It turns out a small throwaway scene  in Life, a scene set in New York with New Yorkers gasping whilst looking into the air, is actually stock footage used in Spider-Man 3, although not unusual for a film company to use other footage it owns from other movies, many are now suggesting that Life may actually tie in to the Spider-Man universe.
With Life actually being the alien being that attaches itself to Peter Parker in the form of Venom, although I state this is only a fan theory, so please do not think like the film Split that is actually part of the Unbreakable universe, that Life and Spider-Man and Venom are part of the same movie, it is as I said only a fan theory, but it is an interesting one.
Life 2017 Plot Summary;
A crew of Six astronauts aboard the International Space Station performs a successful capture of a space probe returning from Mars with a sample inside, with possible proof of organic life. The crew is tasked with studying the sample, which may be actual proof of extraterrestrial life.However, the study  backfires as the organism displays incredible intelligence, and strength. The astronauts aboard the ISS have to fight and deal with the rapidly-growing alien organism, the crew must then find out how to kill it before it manages to escape and decimate Earth. 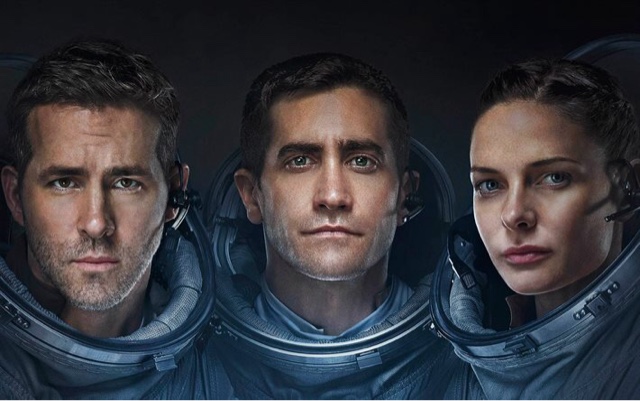