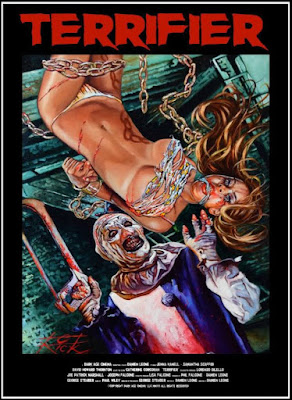 Terrifier is a 2016 horror film from Damien Leone, who also directed the anthology movie All Hallows Eve, in which featured a psychopathic clown called "Art" and may I say one of the scariest clowns I have see on-screen. It isn't the first time that Art the clown has been seen before in the directors debut short called  The 9th Circle. We have this time a feature length movie of Art the clown terrorising three young women on Halloween night.
Whilst All Hallows Eve has low production values, I still found the film interesting, some of the stories worked and some didn't, but I did praise the directors effort in that movie
With a trailer now dropped for that movie and a great looking grindhouse style movie poster I cannot wait to see Art the clown once more. 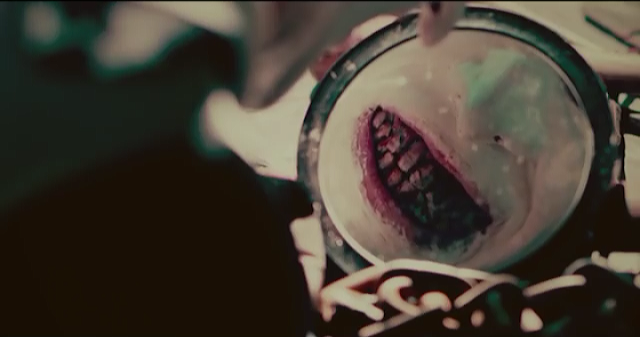