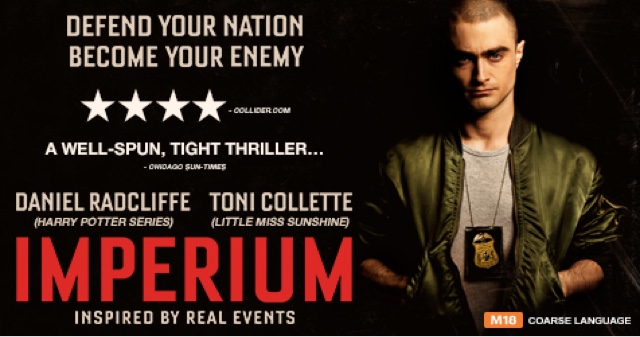 Although not a horror film, the whole premise of this movie is terrifying, proving the real threat of terrorism is not from an Islamic state, but from deeply well run organisations from within.
With the real threat to the American public is not from Islam, but white men in ties, well educated people, Christian people who you would see at church. With the whole KKK, Neo Nazis, Skin heads, being easy targets for the security services, and not the threat they are perceived to be, but real organised educated men and women, who wear suits and ties, and using their educated sense of vile logic, with links to media, political figures, journalists  to spread hatred, via racism, anti Zionist views.
This is a brave movie for a once child actor in Harry Potter, since 2012 Daniel Radcliffe has been tackling more meatier roles, to shake off his childhood image. With the excellent Horns (2015) Swiss Army Man (2016), The Woman In Black (2012) and Kill Your Darlings (2013).
A story of an FBI profiler, who is encouraged to go undercover because of his youth, but his excellent profiling skills, in understanding terrorism and terrorist groups.
Plot summary;
A young FBI agent goes undercover first to gain the trust of local far right skin heads, which leads him deeper into the dark underworld of far right organised gangs, with a potential terrorist plot to blow up a dirty bomb, with caesium-137 the by product of dental ex rays, which is surprisingly legal, and not that impossible to find, and is a realistic alternative to a radioactive bomb.
With realism throughout this movie, we have no over the top action set pieces, just an insight how firstly these gangs work, and how the security services manage to infiltrate these organisations. With scary powerful men, pillars of communities usually, having vile opinions on race, colour, relegion and the real dangers to normal Americans, the enemy within, that is so easily ignored, that hides in communities, still using religion as an excuse for their vile views, but scarily very intelligent people who is using knowledge, education, to justify their sick views.
A brilliant film, that is a hard watch if you are a liberal minded individual like myself, the views of these individuals are sickening, but in the current political climate with the third most powerful man with his voice to the ears of the new President, in Alt Right Steve Bannon, the former executive chair of Breitbart News a far right Internet website, pushing conspiracy theories, as well as miss leading stories, this film being made well before the 2016 election is far more scarily real now, that the real monsters in society are men in ties.
A brilliant well made film, with excellent performances from all involved, a brave film for young Mr Radcliffe to tackle, I still felt a more established actor would have carried the role better, like Jake Gyllenhall or Ryan Gosling, but he still does a convincing job, in a film that is an incredible hard watch, but one that needs to be seen, not as good as American History X, but still a well acted thriller. If you liked this movie I would recommend The Green Room.
With a great amount of extras on the DVD including a detailed making off, with interviews with all involved, with a great looking picture, with a gritty feel to the whole movie, we have a well directed film by Daniel Ragussis.
4/5⭐️⭐️⭐️⭐️ 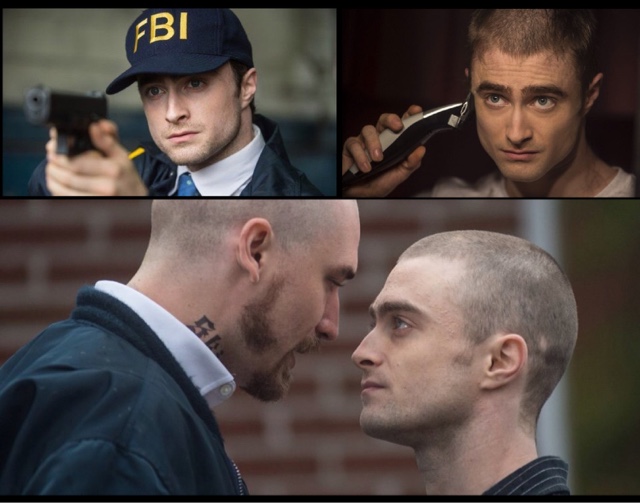