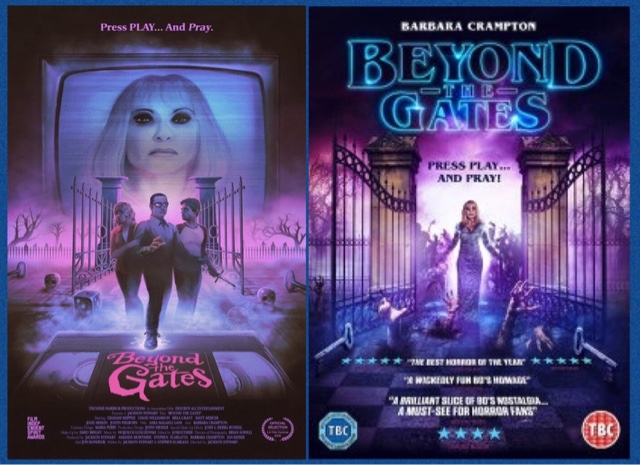 Starring Barbara Crampton, Graham Skipper, Chase Williamson, Brea Grant, Jesse Merlin, Henry LeBlanc.
Currently on sale in Tesco's UK for only £3,00 ( as from 27th March)
After being released for a few weeks I have finally seen this movie, and you know I'm not disappointed by it, with so many negative reviews online, and on Amazon, I thought I had wasted my money buying this movie, but I'm glad I took the risk.
Yes the movie is far from perfect, does have a few plodding moments, and plot issues that needed the movie to run along a little faster, but it is incredibly well acted, for such a low budget movie, and although set in our time definitely has a retro look of the eighties, which all Stranger Things fans will enjoy.
Starring the stunning Barbara Crampton, the eighties screen queen herself, from Re- animator and From Beyond, and recently seen in We Are Still Here, for a woman who is now 58 she is stunningly gorgeous, as the game narrator.
Yes once again this movie has tapped into the retro feel of movies made recently, such as the VHS anthology movies, Mockinbird, All Hallows' Eve in which the forgotten technology of VCR is used, and in this movie used perfectly, to show how a tape actually works in a VCR, is amazing, I grew up in the seventies and eighties when VHS was King, and you know I never had a clue how they actually worked, and the mechanics of the tech at the time and I was amazed to see a tape running through a working VCR.
Why did I like this movie? Well I could easily empathise with the two main actors, the brothers in this movie, it so reminded me of my relationship with my brother, like in this movie two very close brothers when in childhood, kinda drift apart in adult life. Both being completely different in personalities now, almost clashing, with the younger sibling being a little immature like myself, but with the one tie that will always be there the fact they are of the same blood, and family is, and will always be that bond that always bonds us all. A love that is always there, and no matter how old you get, have different personalities, and views on life and political points, after all there is a love that will never ever break between siblings, and although like this movie I don't always see my brother, and yes we do clash sometimes, but he is still my brother and I do love him, like the bond in this movie that works so well.
Plot summary;
Two estranged brothers are reunited to liquidate their fathers old video rental shop, being missing now for seven months, and being declared officially dead. Whilst clearing the video shop they find an old video board game called Beyond The Gates, intrigued by this they put the video cassette in for nostalgia sake, only to be greeted with a beautiful blonde lady saying they now must play " to save their fathers soul". Like the game Jumanji  once the game has started it needs to be played until the end, with the two brothers having to collect four keys to gain control of the gate to hell which suddenly appears within their old family home. With the soul of their father trapped within the game, and one of the brothers girlfriends soul is taken, the brothers have to battle demons, collect keys, from various disgusting places, including a human body, to save the souls of their loved ones, whilst realising that although they are different people and personalities differ, they become closer to defeat this game.
4/5⭐️⭐️⭐️⭐️ 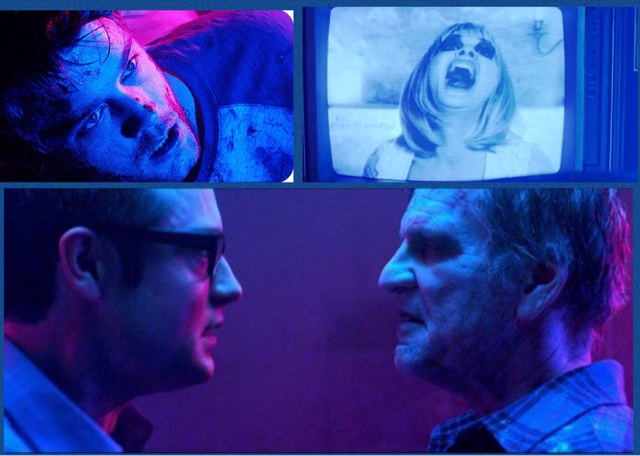