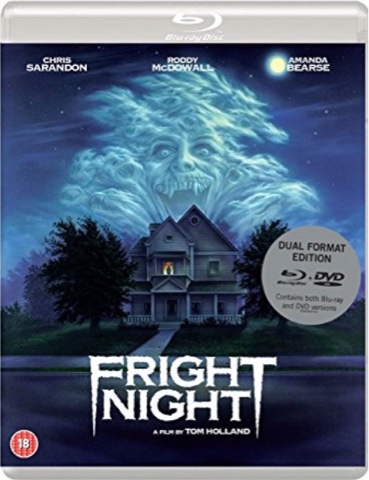 Before Tom Holland went on to direct the very excellent Child's Play, he made this exquisite little indie chiller, that came out in 1985, the surprise hit of that year, that unfortunately was remade in 2011 with Colin Farell and Anton Yeltsin, and Imogen Poots, which in all fairness not the worst remake, but still a film that needn't have been made.
With the 1985 orginal in which I loved, but the vampire make up even now freaks me out, the same as Salems Lot, the two vampire movies that actually really freaked me out in the eighties.

We finally get to see this great movie in the UK and EUROPE with the 30 th anniversary edition already available in the US for two years now, we do get the 4K treatment and a complementary DVD disk on this version, complete with a bundle of special features.