Are we under the wrath of God with an angel, or demon seen in the skies over Zambia. 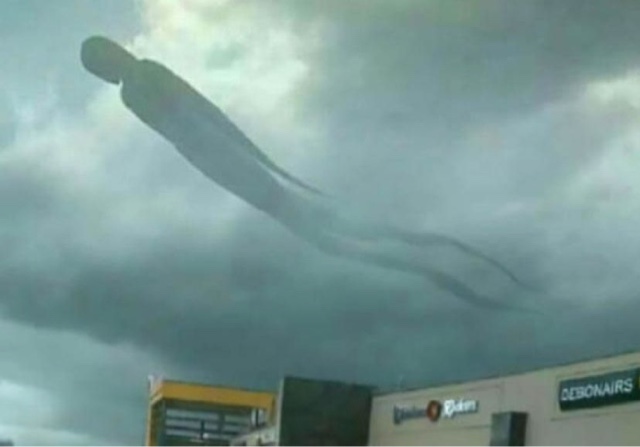 With many experts saying the picture is clearly Photoshopped, and surprisingly no witnesses just the one solo photographer taking the picture, but the ghostly figure in the sky is clearly intimidating, looking like a dementor from the Harry Potter franchise, others has said it is an angel type figure.
Why is it seen only in Africa and not anywhere else, and is it the coming of the end sign. But why Africa? Then again with the crazy world we live in at the moment, with religious terrorism, crazy political decisions in both the UK and the US, with two crucial elections In France and Germany this year, and Hoping the far right do not win in these elections, and North Korea launching missiles into the Japanese seas, maybe 2017 could be the end of days, and this figure is watching us, whilst we fuck up the world.
Below a scene from Harry Potter, courtesy of Warner Bros Pictures.