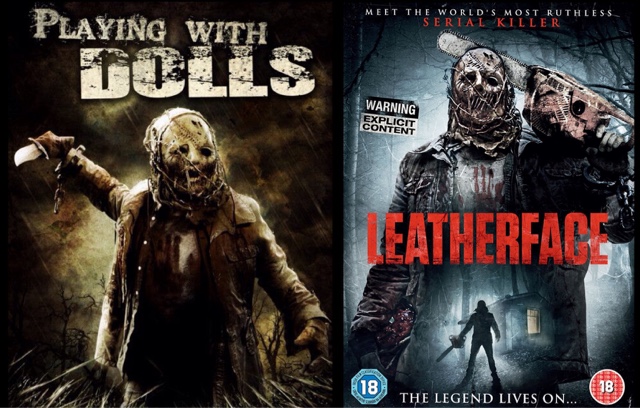 Can I introduce "probably" the worst two Horror films ever made, yes I can deal with low budget,bad acting,films made to be deliberately bad,such as almost every Troma release,but with this film being totally serious,it is incredible how awful it is. Playing With Dolls, split into two movies With Bloodlust being the sequel, but unfortunately being called Leatherface in the UK to deliberately mislead, the British public into buying another Texas Chainsaw movie, when it clearly is not.

A bunch of wannabe actors take part in a reality TV show, based in the woods in the middle of nowhere,whilst being filmed, being stalked by a man-monster.and told to avoid a certain serial killer, with the actors believing it to be a game when they are really the stars of a modern snuff movie, being hunted by quite an interesting hulk of a killer, with a cloth and barbed wire covering his face.

With the usual movie stereotypes,the big breasted woman,the Blonde,the muscular hunk,and the geek,my problem with this is,we have a decent serial killer,or slasher,with barbed wire wrapped around his head,but apart from the first kill in the opening seconds,we do not see any of the characters we are introduced too,die on film.

The biggest gripe of all,the best looking woman,with the fabulous breasts,we have to wait till the 45 minute mark before they pop out.

With a budget of a least a few Dollars were spent on this movie,in production costs, yes it is low budget The first movie ends at 1 hour and 13 minutes,mid fight with the bad guy,so we then have to pop in Bloodlust, or Leatherface to find out who lives and who survives

I really cannot stress how bad these films are, the  acting,the direction,the piss-poor crappy 80's style soundtrack,the most obvious use of copyright material,with the characters arriving at the cabin,with what can only be described as the opening bars to U2 and The Edge's, Goldeneye. 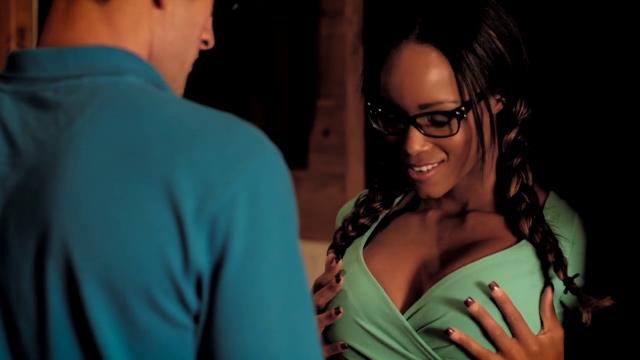