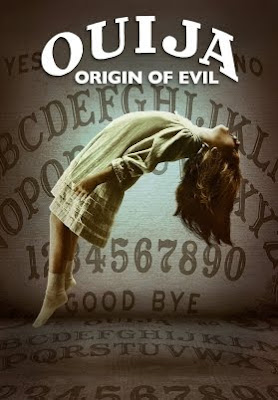 Ouija Origins of Evil.
This is the one film I was so looking forward to seeing after seeing the excellent Conjuring 2, and the recent buzz of Annabelle Creation. Showing that sequels can be another great addition to increase a franchise and improve on it.
Ouija Origins Of Evil is a good film, but unfortunately is just that, the sixties setting is definitely the high point, the retro looking film, that actually looks like it was made from that decade, including the original Universal Pictures logo from that decade. The other clever part is adding the cigarette burns in the top right of the screen, that used to indicate to the protectionist to change reels ready for the next cut scene. This was the clever high point of this movie, that unfortunately suffers from every horror clichés in the final third. It is still better than Ouija from 2014, which in fairness was dreadful,  but Origins, it still was predictable, still another scare free movie, with the usual overuse of CGI which actually ruined the look of a great looking retro film, why not use practical effects, it would have made a good movie amazing.
Still the movie is saved from great acting from all the cast involved especially Henry Thomas, all grown up from E.T. fame, Elizabeth Reaser, Annalise Basso and the simply fantastic Lulu Wilson that is the saving grace of this movie, that ties up the questions left from the previous movie.
Although this movie is good it isn't great, certainly does not deserve the high ratings online on Rotten Tomatoes, but it  is a very clever a film that has a retro look and actually from the sixties.
3/5*** 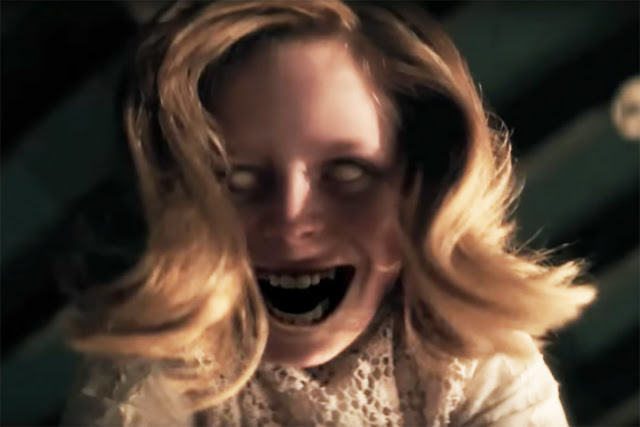