The best horror releases from last week, to this week all available on DVD, Bluray digital download USA only. 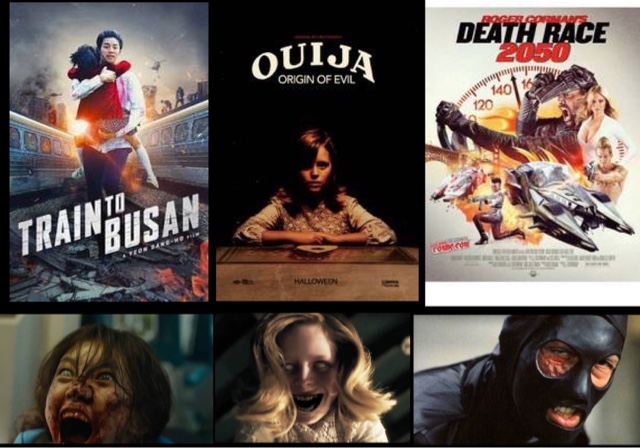 Three very decent horror releases in the USA on January 17th 2017, firstly the South Korean film Train To Busan, about a Zombie Outbreak on a train, we've had Snakes On A Plane, Zombies On Planes in World War,  Steven Segal on a train in Under Siege 2, but never Zombies on trains.
I'm being honest I have not seen it yet, as my hours for viewing has been reduced lately, but word of mouth is it is excellent.
Secondly is Ouija Origin Of Evil, the sequel to the 2014 film, which I thought was a dreadful movie, still this movie starting as an origins movie, not a direct sequel was a smart move by the film makers, with this sequel, actually bloody good, and like The Conjuring 2 proving that not all sequels are bad, and some can actually be better than the originals. Thirdly is Death Race 2050 from Roger Corman, a direct sequel to the original late seventies cult film, not the dire remakes starring Jason Statham and Luke Goss. With a fourth movie being released on Tuesday 24th January is The Monster, directed by Bryan Bertino the director of the excellent The Strangers and the very underrated Mockingbird, a story of a mother and daughter hitting something whilst on a road trip, to be hunted by a monster, whilst they are stranded. 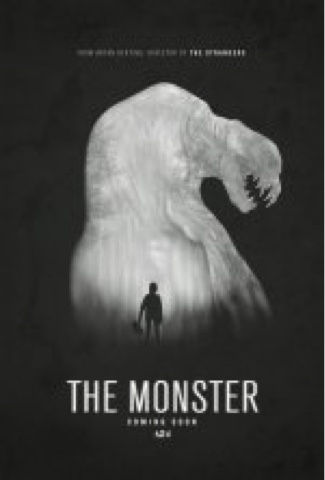