Some of the Bluray releases this week UK only I'm afraid. Some at very good prices if you visit a certain UK supermarket.

Just two major titles released this week in the UK, Donnie Darko that was released in December with an ultimate edition, is going to be released on DVD and Bluray from Arrow Films, with fewer special features, but still the 4K transfer. The other film is SCI Fi horror Morgan.
Just a few more releases that are available from Sainsburys in the UK, Blurays from Arrow Films, Second Sight, The Hills Have Eyes, Battle Royale, Videodrome, Delta Force all just £8,00 each, with Christine  and Assault On Precinct 13 both just £10,00 which are bargains, as they are currently going for much more on Amazon, Zavvi and HMV online. I can confirm apart from Christine all come loaded with special features, especially the Arrow Releases with reversible sleeves, Battle Royale is the director's cut version, The Hills Have Eyes has the 4K treatment. 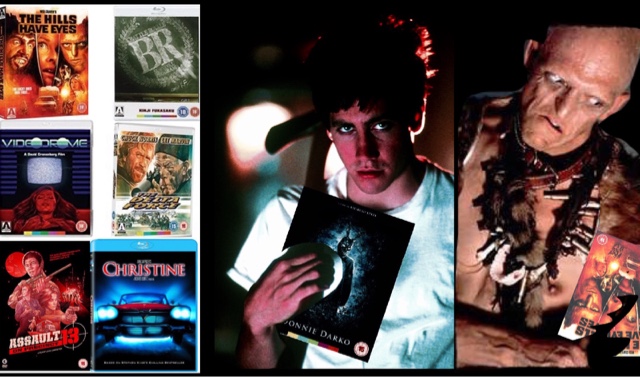