Leatherface in the UK from Lightning Pictures is the sequel to Playing With Dolls 2 Bloodlust. The name has been changed in the UK to deliberately confuse the buying public, I repeat it has nothing to do with Texas Chainsaw or the Sawyer Family. 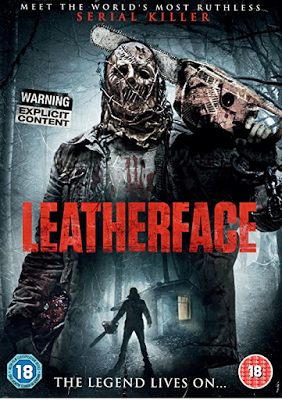 Awards going to the best misdirection and making the British public seem foolish goes to this release by Lightning Pictures.
Not to be confused with the 2017 title, but renamed to cause confusion. This film is the direct sequel to 2016 Playing With Dolls, otherwise known as Bloodlust.
With Playing With Dolls which I thought was the worst horror movie ever made. I will put my review of that movie underneath. With the director fuming that the UK sales have decided on the name change, which was first publicised on Dread Central, here is the quote in full from director Rene Perez.
“I am apposed to this title change but I am powerless to stop it. I made no money from this sale. The sales agency didn’t even inform me that a sale was made to the UK. I was unaware until I saw this article . At the moment I am making a 3rd Playing With Dolls movie. I will be self releasing the new Playing with Dolls online to avoid any issues like this in the future. Apologies to my fellow horror fans for this title change.”
Lightning pictures, seems all the miss direction is all on you. 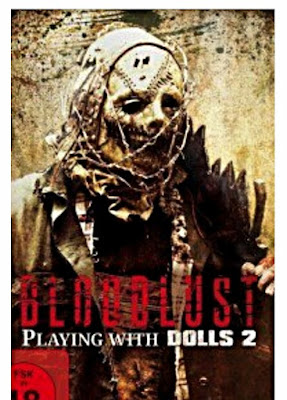 This is the official European release of the film, Bloodlust, not Leather face as known in the UK, I would normally say not to buy this movie as it is a terrible movie, but for once I feel sorry for director Rene Perez who had no control over the name change in the UK, and is rightly so disgusted by it, and I for one back him 100% on this is.