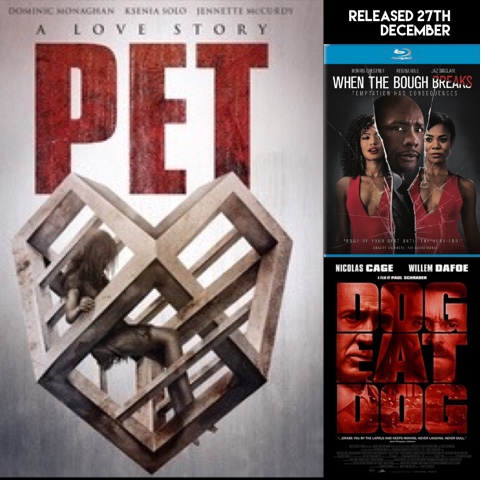 Just three decent horror/ thriller releases this week in the US;
First of all is Pet, starring Dominic Monaghan, Ksenia Solo, Jennette McCurdy, Rated R, running time approx 93 minutes. Distributed by Paramount, retails$22,99.
Plot Summary;
Seth (Dominic Monaghan) works at an animal shelter, and has been secretly in love with this girl Holly (Ksnenia Solo), after numerous attempts to woo her, he decides to kidnap her and keep her locked in a cage, at the animal shelter where he works. It turns out Holly is not your normal victim, as Seth soon discovers. From Writer Jeremy Slater ( The Lazarus Effect, The Exorcist TV Series, Death Note) and directed by Carles Torrens ( Apartment 143, M Is For Mom, Sequence, Hide And Seek). 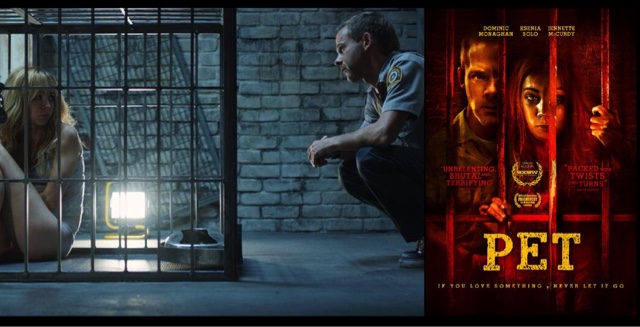 Secondly released is the thriller When The Bough Breaks, starring Morris Chestnut, Regina Hall, Theo Rossi, and this being the third collaboration between Morris Chestnut and Regina Hall both starring in The Best Man, and the sequel The Best Man Holiday, with a forth on the way with The Best Man Wedding in production as we speak.
Plot summary;
A married couple incapable of having children pay to have a surrogate mum, to carry their child, but with an attraction to the surrogate, Anna Walsh ( Jaz Sinclair) by John Taylor (Morris Chestnut), with Anna playing a dangerous game to nail John, can John and his wife Laura Taylor (Regina Hall) survive the games Anna plays.
Directed by John Cassar, produced by Robert Shaye of A Nightmare On Elm Street fame, Distributed by Screen Gems, the Bluray does come with an Ultraviolet code for a digital copy, not sure though of any special features. The film is Rated PG13 and has a running time of 107 minutes retails at $19,99. 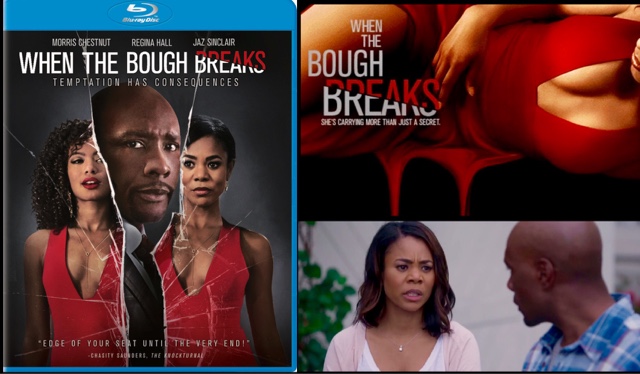 Thirdly is the thriller directed by Paul Schrader, starring two great actors in the form of Nicholas Cage and Willem Defoe. A violent gangland thriller, that unfortunately I have not seen yet, but has great numbers on online review sites, and with two actors on the top of their game apparently. With it being released in the UK only one week behind the US version, which is a rarity. A tale of a kidnapping going wrong, with it being R Rated in the US and 18 certificate in the UK, with some comparing the film to Reservoir Dogs, which I doubt personally. Distributed by Signature Entertainment, running time 93 minutes, available on DVD and Bluray, retails $19,99 £14,99 and £9,99 DVD

One final mention 31 gets its U.K. Release this week, and you know I have not found a copy of it anywhere in any retail shop. Amazon is the only online retailer selling it currently at £10,52 with obviously £1,99 postage costs I'm not going to buying this movie just yet, and seemingly only available on DVD, And without a BluRay release which is very frustrating, and I can't even tell you if it contains all the special features, which are featured on the US release, probably won't in the UK and Europe, as we lose features to include the many languages and subtitles to cover the whole European Union. I do like the cover art below though, but I still might order the US version of this movie, specially for the special features. 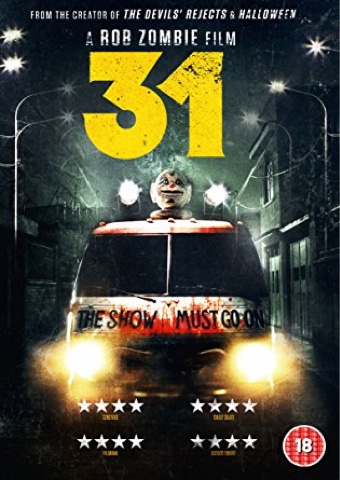