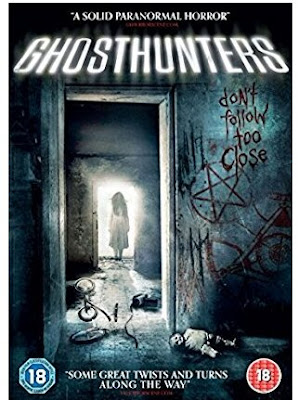 Ghosthunters 2016 film review.
Plot summary;
When one of these Ghosthunters wife and child, is horrifically murdered by some serial killer, who likes to dress up as a plague doctor from the sixteenth century, instead of mourning his loss, he is determined to go back to the scene of the murder to catch his wife and daughters ghost, that might be residing In this property. As they died a horrible gruesome death, their souls are most likely to be at the most turmoil, and still lingering around this property.

With his bunch of misfit scientist buddies, they set to walk around this house of hell, used by this serial killer.
We have just about every ghost clichè in this movie, a light is turned on and off, and one moment in darkness a figure is standing,the next when the light is turned back on its gone, it is that been there seen that type of formula is why this movie is so bloody bland. With god awful acting to boot, a terrible script, and characters who are Ghosthunting, who suddenly get a change of heart, and a feeling this ain't right to do this, when they've been doing it for years is just too unbelievable. With forced scares throughout, and a stupid twist thrown in for good measure, is why this movie is such a mess, with every scare, it  is something we have all seen before, borrowing from just about every other haunted house type movie, a film that offers nothing new to the haunted house style genre, Infact only pushed out just in time for the recent real Ghostbusters reboot.
This film is instantly forgettable, not the worst film I have seen this year, but it is still very, very average, amateurish, dreadful acting and script,and really bad directing that will put this movie straight into the bargain DVD sales in most shops, in the hope some poor soul might like the cover and buy this very crappy film.
1/5⭐️ 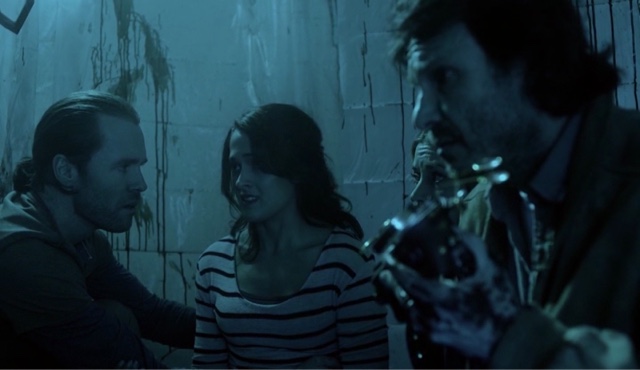