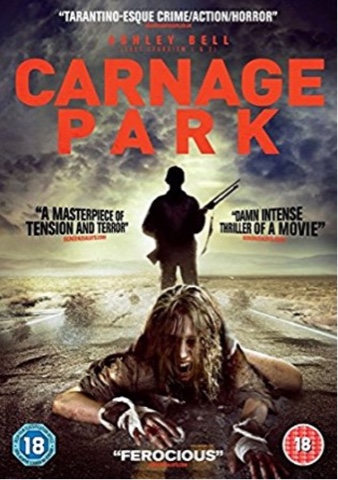 A complete throwback to the dirty,grainy exploitation flixs of the seventies,if you liked Texas Chainsaw Massacre,The Devils Rejects,any film from Sam Peckinpath,and a little nod to Quentin Tarantino school of directing you will love this. It is a really good film,spoilt by the fact it is just like watching a Tarantino movie,the opening alone looks like you are watching a cross breed between Resevoir Dogs,and The Gecko Brothers kidnapping From Dusk Till Dawn,the only thing really missing is the Titty Twister. The film also reminded me of Wolf Creek , and expecting Mick Taylor to pop up any minute,with the desolate desert setting. This is a simple film,a small town bank is robbed,a farmers daughter Vivian (Ashley Bell) is taken as a hostage and leverage,from the two bank robber Scorpion Joe ( James Hébert)  and Kenny (Michael Collar),who end up trespassing on land belonging to an extremely unhinged Vietnam war veteran Wyatt Moss (Pat Healy) with a snipers rifle,who likes the thrill of the hunt,chasing down any man,woman,child,who drives by his land.
With an unrecognisable Pat Healy,complete with marine buzz cut,thick rimmed glasses,and another late seventies to early eighties film nod to My Bloody Valentine with the miner's black gas mask and overalls he is a very dangerous man,with a brother, Sheriff Moss (Alan Ruck) a Sherrif who turns a blind eye to what his younger brother is up too,even though he knows there are dozens of missing people reported.
Apart from this film not being  the most original,it is still a very well made film,with amazing acting especially from Ashley Bell as Vivian,surviving this open wasteland whilst being hunted by Wyatt,and coming across the dead bodies on his land,laid out like scarecrows, but still trying to help other survivors on his land,a woman barely alive from a bullet wound,and a man who has his leg trapped in a bear trap.
It has brutal amounts of violence,which is shocking and sporadic in places,and a really tense finale set in an abandoned mine shaft,in total darkness,is terrifying,with a tense trade-off in the darkness with Wyatt.
With editing looking like a Tarantino movie,told in flashbacks and not filmed in chronological order,with a soundtrack that is far too loud,I wished I could have turned it down a little in places, apart from those small faults it is a great movie,yes it is not original,you instantly get the feeling of seeing it before,it has a lot of references to other movies,and is clearly apparent,it is still a great survival movie though,superbly acted,incredibly violent and tense,and is certainly worth watching.
If you have loved Texas Chainsaw,Devils Rejects,From Dusk Till Dawn,and Wolf Creek you will love this movie.
4/5⭐️⭐️⭐️⭐️ 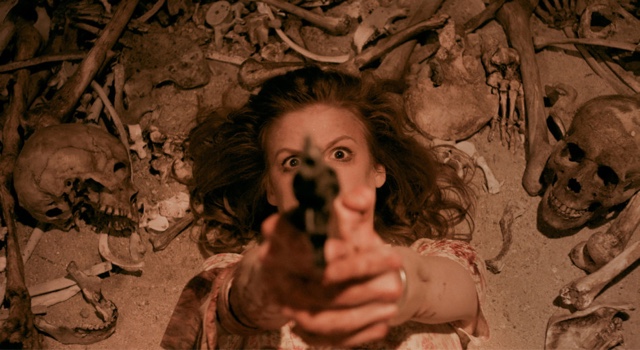