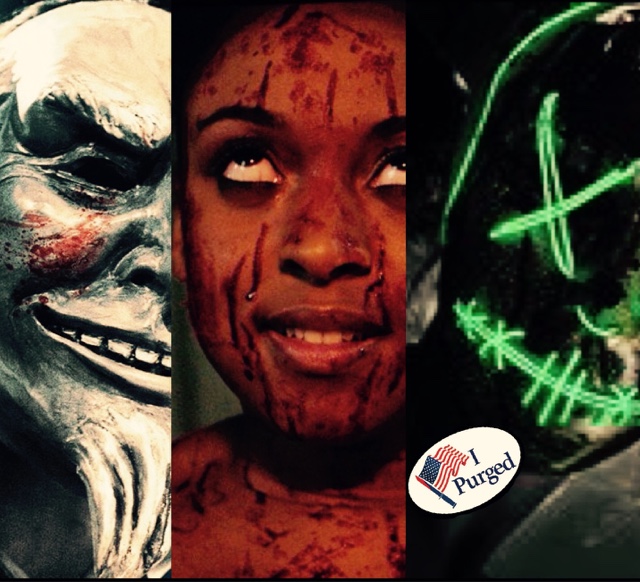 Released on DVD and Bluray this week in the UK, The Purge Election Year, the most violent of the trilogy, and in my opinion the best of the franchise from writer and director James DeMonaco, also released as a three disk DVD and Bluray boxset, including The Purge, The Purge Anarchy and Election Year, from Universal Pictures, and produced by Blumhouse Productions.
Starring Elizabeth Mitchell, Frank Grillo, Mykelti Williamson, Betty Gabriel, Joseph Julian Soria, Raymond J. Barry, Kyle Secør, Edwin Hodge and Brittany Mirabile.
The film includes an Ultraviolet download code,
https://www.ultravioletuniversal.com  for the digital download of the film.
Special features include:
* Deleted Scenes.
* Inside The Purge.
* Character spotlight; Leo.
Special features running time approximately 17 minutes.
Film running time 104 minutes.
Plantinum Dunes/ Blumhouse/ Man In A Tree production.
The Purge Election Year, directed by James DeMonaco, a Universal Release.