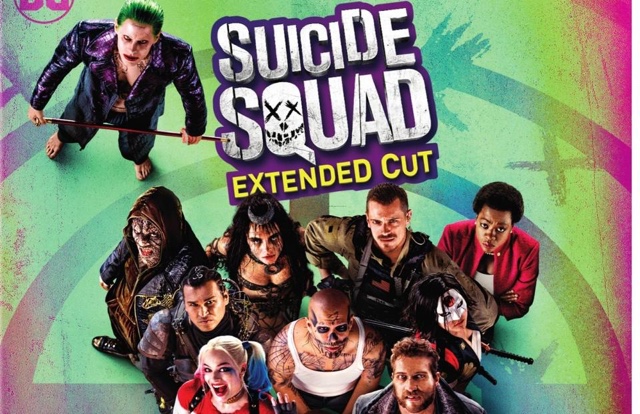 Suicide Squad is it any good and worth the upgrade? Well if you want more Harley Quinn yes it is, with more scenes with her and the Joker, and fleshing out their bizarre relationship, with the included motorcycle scene, and her pointing a gun at Jokers head, we see more of the Tourture scene between Joker and her, and many, many flashbacks, but that is that really. We see more fleshing out of Rick Flag and Deadshot, the reveal of Kantana in a brief moment when she removes her mask, and the scene with the director's cameo as a prison guard dragging a dead goat carcass to feed to Killer Croc. That is that really,  oh you do the see the bar scene in its entirety like hinted in the original trailer, where they actually attempt to bond, and probably the best scene in the movie, and why it was originally removed is beyond me. Such a shame that the extended cut promised more Joker, and it did deliver, but not enough of the manic side of the character. It was all about the relationship between him and Harley, or his" puddin" shame as his performance is easily the best In this movie, and still to resort to now about 25 minutes of screen time is not enough, and the director did the character and the actor who played him Jared Leto a complete misjustice, and I can understand why Jared will not return to the role, where I would have quite happily sat through a movie with him and Margott Robbie in than the rest of this tripe movie.
Plot summary;
A secret special operation is set up by a shadowy government, of bringing the worst criminals together, as a crime fighting unit, after the same government agency release another controlled weapon in the form of a witch "Enchantress " (Carla Delevingne) who creates an army with magic, to control the human race once more. With what is called a suicide mission by the prisoners, in which if they survive they will have a reduced sentence, or risk having their heads explode by a device implanted in their necks.
We have Deadshot (Will Smith) Harley Quinn (Margot Robbie) Boomerang ( Jai Courtney) El DIABLO (Jay Hernandez) Killer Croc (Adewale Akinnoye) Katana ( Karen Fukuhara) as the Suicide Squad.
With Rick Flag (Joel Kinnaman) Amanda Waller ( Viola Davies) and of course The Joker (Jared Leto).
The problem with this movie like all ensemble movies, we have too many characters, and quite simply not enough screen time to shine, with the producers and director clearly choosing it to be Harley Quinn, leaving Will Smith, as a side character, even Joel Kinnaman deserved a bigger role, even though the extended cut does try to flesh out his character more. The whole film even with both cuts, seem to be a complete mess, and quite simply a waste of time and energy, adding Ben Afflick as Batman at the last minute in an attempt to tie in both franchises doesn't work either, and looks like it was added post production to get more bums on seats. Margot Robbie is equally mesmerising and annoying at the same time, with Harley easily being the most interesting character, but her acting skills is well below par in this movie, shame as Focus,  The Wolf Of Wall Street she shined in those movies, proving all superhero or comic book movies turn great actors into shadows of their former selves.
A film that I was going to buy, but now going to save my money, as I was given a copy to stream luckily, it is not as bad as Batman VS Superman Dawn Of Justice, but is still a pointless attempt to get the DC Universe up and running and being a genuine contender to Disney Marvel Studios.
Another disappointing affair, with great talent wasted, or even cut from the movie altogether, in the form of Jared Leto, considering they used his image to promote the film, and barely being in it, even in the extended cut is still a short change to fans of the Joker.
2/5⭐️⭐️
BLURAY SPECIAL FEATURES; 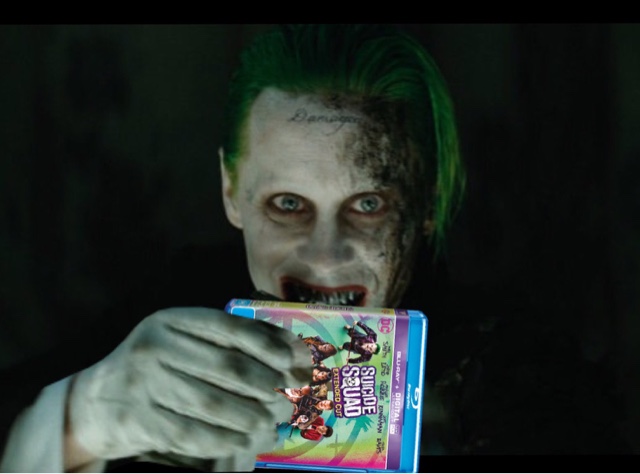