My Response and statement to the person who wanted to troll me on Christmas Day, I will stand by my own opinions on this release. 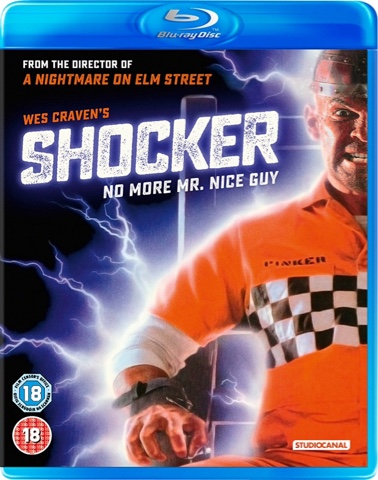 I just want to put something straight, I have waited days to respond to a troll who decided to try and ruin my Christmas Day with my family. About a post I posted early December, the StudioCanal release of Shocker on Bluray, and my review of the movie, accusing me of not seeing it, giving a wrong opinion  on the movie and the way I represented it. I will tell everyone straight I do not have 4K systems with a 4K top of the range Denon Bluray player. I do not have the ability to measure Greyscales, contrast ratios, I never said I did, what I do have though are fucking eyes, and my argument was some Bluray transfers are not very good, and this movie was one of them. To have some so called expert trying to rip me apart with fancy words and terms, then I personally recommend you proof read your rant at me, with grammar errors and badly spelt words. As I said I never put myself forward as being an expert in Bluray and DVD technology, I review the movies I watch, special features included on the disk, and I give my personal unbiased review of that movie, but after all it is only my view, you are all responsible adults to make up your own minds about films and releases. The Troller though did back up my argument without knowing so, by saying The UK and European release of this film was missing some special features, that were featured on the US version by Scream Factory, which was my argument to begin with, that we do get a rough end of the deal when it comes to Bluray and DVD releases in region B and region 2 areas, and if you do not believe me check out some of the reviews on Amazon.co.uk for this release, and others have commented that it is not the best transfer. So don't try and bombard me with fancy terms, technical terms, I just care about the movie, and the way it looks to me, and unfortunately in my opinion it is not the best transfer I have seen, and I watch all my movies on standard equipment most people have in there homes a PS4 Bluray player with a 1080p 42" Samsung TV. If you don't like or agree me "mr anonymous" you have the right to do so, that is democracy, but I will not have my page trolled, and emails sent to me personally, your so brave you can only be known as anonymous, so I took down the page as I wanted no more hassle especially on Christmas Day when you decided to sit down on your computer, probably by your lonesome and abuse me. Well I do enjoy my family time, I do not see them all that regularly,and when I do I will not have that time ruined by some faceless clown. Another point is you will never get a HD source from a movie filmed in 1989 before the technology was created, so all movies that were originally filmed in a non HD source will always have to be up-scaled, which was another one of points I made, you choose to try to take apart. So to you Anonymous I'm putting my Responce out to you, and stand by my review of the transfer of this movie, the missing special features not featured on the UK and European release, the fact is that I didn't rate it,and I'm standing by own opinions on that.