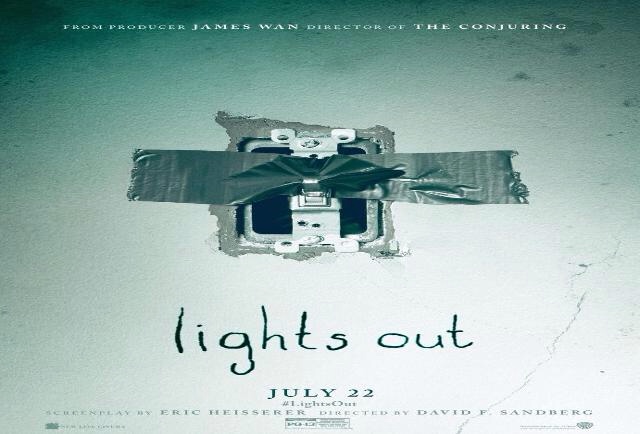 A film I brought today, and only five of my British pounds spent on this movie. A film that isn't bad, but isn't great either, a film that was devoid of any scares, with myself able to predict at every moment when something was going to happen. Yes you have got it this film relies heavily on "Jump scares" to make you jump, but in fairness watching horror for over 30 years now, nothing seems to scare me anymore, so maybe I have become desensitised to the things witnessed on screen.
A film that was parodied better on a YouTube video, called how people react in real life to horror, with that video reminding me of this film, when two young men switch off a light they see a ghostly figure, it goes away when the light is back on, so and forth the light goes back, on and off untill the ghostly creature is right next to the young men, this is when they grab a baseball bat, and gun and shoot the shit out of this being like there is no tomorrow.
Then I watched this movie with almost the same premise, obviously without the dead pan humour, and irony, but the same idea a being that lurks in darkness and disappears when the lights turn on. This idea has been used in so many movies, from the likes of The Grudge, To The Conjuring 1 and 2, and the one reason why this movie just blends into just about every other horror movie made in recent years. If you want to see a genuinely scary movie set in the dark watch The Babadook, one of the scariest movies made of recent times, a movie that never not relies on Jump scares, but uses the darkness, and the one primal fear we are all scared of to the films advantage. Lights out just relies on a jump scare everytime the lights go out, meaning as a viewer you are almost prepared for any jump scare that is thrown at you, and the reason this film is not scary in anyway.

Plot Summary;
A mother plagued most of her life by a ghostly figure, suddenly reappears back in her family home, with it taking a dislike to her other children, as the ghostly being tries at every moment to attack her children in the darkness, hence the title Lights Out. With the being, haunting them no matter where they go or hide, they realise this being needs to be faced in their own family home, where it all started from, and the reason why the entity has attached it self to their mother.

The film is far from terrible, though is still not original, but the way the movie was filmed, is incredible, using light and darkness perfectly. The opening scene must have been a cinematographer's nightmare with just tiny spotlights creating very little light, surrounded by darkness in which the being resides, as I said it is a very well directed film from debut director David F. Sandberg, it is well acted especially by Maria Bello as the tormented mother, the creature is terrifying as we never see it properly just a dark shadow, which is the main plus point of this movie, the cinematography is amazing, and I think the reason this movie has such high scores on other internet sites, it is filmed incredibly well, but suffers from a very poor script, screenplay, and using jump scares at every dark scene, spoils any potential tension, knowing something will happen each time the room goes dark. A film that is so easy to second guess, with very little tension to scare you, that sadly ruins a very well directed film, a film that could have been terrifying using the darkness to its advantage, but ruins it by its overuse, and being able to second guess when every scare is going to be and when it will be.
The DVD and Bluray both come with exclusive deleted scenes, and both with an Ultraviolet code for your online viewing.
Currently £5,00 in most supermarkets and online retailers.
3/5⭐️⭐️⭐️