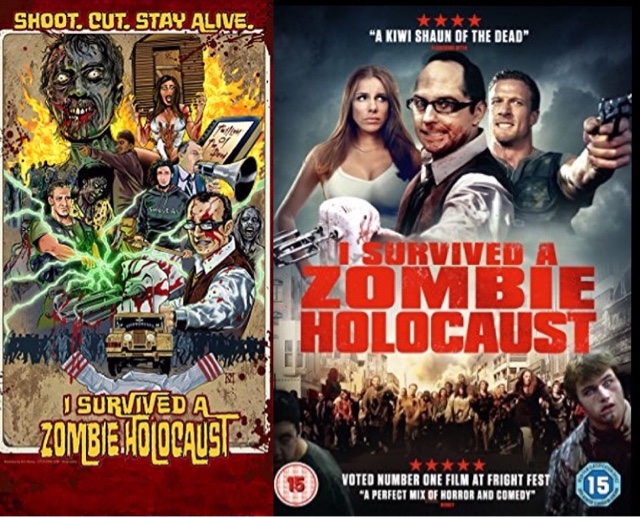 A complete guilty pleasure, And apart from Wyrmwood this is the second best movie made from the Southern Hemisphere, this New Zealand gem in the vain of early Peter Jackson, reminding me of Braindead and Bad Taste, and one of the best Zombie Comedies made of recent times, better than The Walking Deceased, Me And My Mates Vs The Zombie Apocalypse.
Zombie movies have saturated the market in the last few years, mainly due to the success of The Walking Dead, and we have had ten a pennie of Zombie movies, some serious, but a lot going down the comedy route, some amazing ones such as this one, beforehand mentioned Wyrmwood, Cooties and the excellent Scouts Guide To A Zombie Apocalypse.
New Zealand do have a bizarre sense of humour, and you know I love it, being grown up on Peter Jackson's work in the early nineties, to recent classics as Black Sheep, and Housebound proving the Kiwis certainly have a fantastic sense of humour, to dark and very black comedy, and this movie is no exception.
Plot summary;
Whilst on location filming a Zombie movie, at a remote forest near to a small town, the crew and film stars are actually caught up in a genuine Zombie apocalypse, as the local water supply is contaminated, and turning the locals into the walking dead.
With an unlikely hero in the form of geeky runner for the movie Wesley Pennington ( Harley Neville) and the catering assistant Susan Ford (Jocelyn Christian) who are the unlikely survivors, can they survive the film shoot, from a vile director, and can they survive the undead, and not the actors and extras.
This film so reminded me of early Peter Jackson, before he turned into a serious director, with a witty script, great amounts of gore, highlights including putting an electric whisk into a face of a Zombie, reminding me of the lawnmower scene in Braindead, Wesley Pennington so reminded me of Lionel Cosgrove (Timothy Balme) from Braindead, Jocelyn Christian was equally gorgeous, but giving such a believable everyday hero, and girl next door look. With other highlights including the Haka being used, to take on a zombie hoard, from a rugby loving Kiwi, the gung Ho American security guard, who in his own excitement shoots himself in the head, and the method actor who stays in character throughout the shoot saying " Zombies are coming" then unable to actually spot a real zombie, and the hunky main star, who is denying he is actually gay, and sleeps with his hot female  co star, who has turned into a zombie, and has a zombie dick, is gruesome but hilarious at the same time.
A film that really is a funny movie, sadly it had to use nudity and boobs to promote it in the form of Reanin Johannink in all the trailers, and photo stills, as she is barely in this, the two stars are Harley Neville and Jocelyn Christian who deserve more praise and acclaim.
A brilliant film and really funny 4/5⭐️⭐️⭐️⭐️ 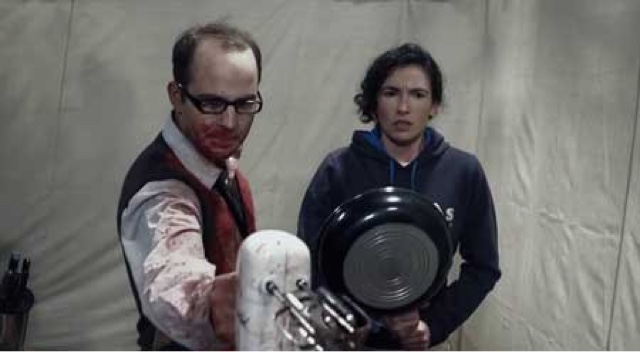