Coming on Bluray next week, yet another Donnie Darko edition, from Arrow Films, retail £22,99 which is priced a little too much in my opinion, but that is only my opinion, with it you get the original version, the director's cut, Bluray and DVD of this film, supplied with a mass amount of special features, which I will list below

Brand new 4K restorations of both the Theatrical Cut and the Director s Cut from the original camera negatives produced by Arrow Films exclusively for this release, supervised and approved by director Richard Kelly and cinematographer Steven Poster.

Audio commentary by Kelly and filmmaker Kevin Smith on the Director s Cut .

Brand-new interviews with Richard Kelly and others.

The Goodbye Place, Kelly s 1996 short film, which anticipates some of the themes and ideas of his feature films. 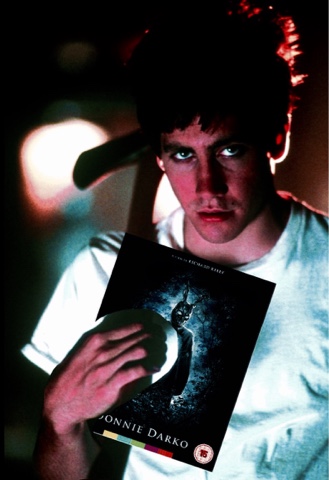