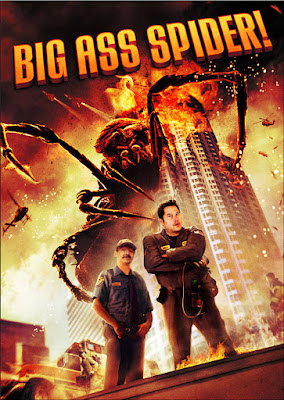 Big Ass Spider or a big ass pile of fun and I loved it, what films should be sometimes and that is just fun. With Heroes actor Greg Grunberg who I have always liked, but always being a supporting actor gets to shine in his own film. Directed by Mike Mendez, and being a on demand movie, but also showing on SyFy channel .
Plot Summary;
After discovering alien DNA in a form of a growth hormone, scientists attempt to genetically engineer food with the hormone, unfortunately a spider is amongst the food, and  is genetically modified too, growing at an enormous amount. Only down and out Pest controller Alex Mathis (Greg Grunberg)  agrees to help the Army in destroying the Big Ass Spider before it can lay its eggs and produce hundreds of these spiders from attacking the city of Los Angeles.

A film and premise so absurd, but still just works, with dreadful special effects, at times dreadful acting, but the film is still an enjoyable romp. It stars Ray Wise, and has cameos from Lin Shaye, and Lloyd Kaufman, the film works because of the chemistry between Greg, and co star Lombardo Boyar as Jose Ramos, a hapless Mexican security guard intent on being a hero not a zero, also how could you hate a film when main character Alex Mathis says " give me that bazooka and I'll shoot that spider up its ass" with a showdown in downtown Los Angeles, and half naked ladies in thongs, doing what apparently all LA girls do and play volleyball in parks, and only big breasted ladies get eaten, you get a movie easily classified as a 'B' movie but I loved it, with an on form Greg Grunberg, who I have respect for having a cameo in both Star Wars and StarTrek in the same year, fair play to you, and I loved you in this.
A fantastic romp of a movie, that is plain stupid, really awful but a bloody great laugh and available on VOD for a limited time again, for a good cause in International Save a spider.
3/5⭐️⭐️⭐️ 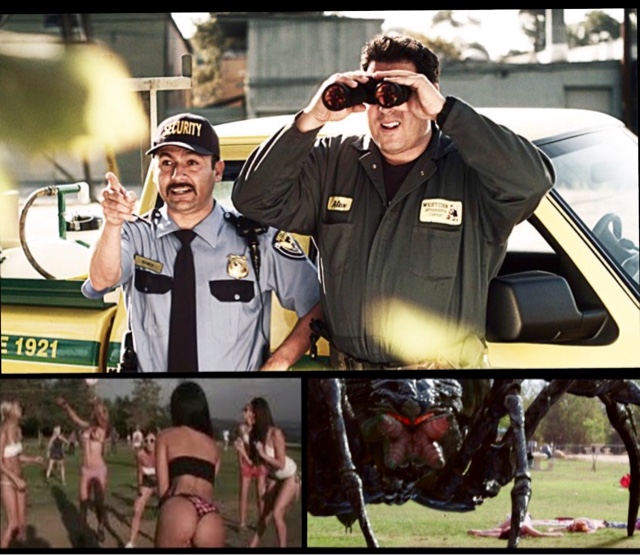