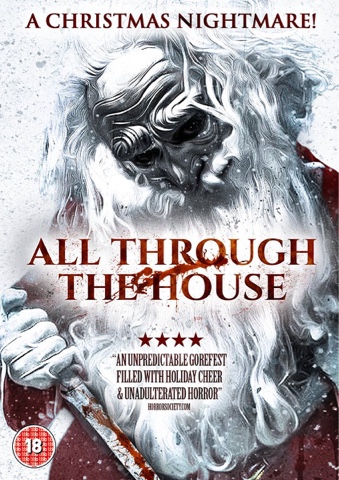 Is it too early for a Christmas movie, hell no!! With the festive Yuletide only  a few days away now, why should it always be about Halloween, Spring Break, Fall break all the time. It has been a few years since a Holiday Slasher movie has been made, with Silent Night Deadly Night remake, obviously we Had Krampus, and the other various copycat movies last year, so it is nice to see a festive bloodbath movie. Directed by Todd Nunes and debuted at RIP film festival October 2015, winning best director nod at Hardcore Horror Fest, Chicago, IL, best slasher award at RIP Horror film festival. With it being quite a fan favourite amonst it's indie fanbase.

Plot summary;
A deranged Santa is punishing all the naughty children, well adults now, as he returns to his family home. With plenty of bloodshed, as he cuts, stabs, chops, through house to house, with shears, with plenty of body part removals, and nakedness as all who get frisky get very dead.

With a definite nod to 80's slasher movies, using all techniques used from that period, with nudity, scantily clad ladies, well toned men, and the usual in horror movies jokes,  do not have sex, and you will live. Although this movie is extremely low budget, it has great gore effects, better than most bigger budgeted movies, then again the likes of Tobe Hooper, And Sam Raimi both worked their magic, on minimalist budgets, creating genuine classics at the time of making. The same as this movie, if it was actually made in the eighties it would be up there with other movies of that decade, especially Black Christmas And Silent Night Deadly Night. It is low budget though, and unfortunately looks that way, but with surprising good acting especially from the young female lead Ashley Mary Nunes ( Rebecca Kimmel) also co-starring fellow indie scream queen actress Jessica Cameron. I do think the director had a stock pile of dildo's so that he could use them for the dismembered penis scenes, and just a little to much emphasis was put on that aspect, then again, like in the movie Fathers Day, with a serial killer with a penis fetish, it was different to see the male in a horror film dismembered rather than  female victims. As I said it is violent, very crude, very bloody, but also extremely enjoyable for its mediocre budget, a really decent effort, early for the festive holidays.
3/5⭐️⭐️⭐️ 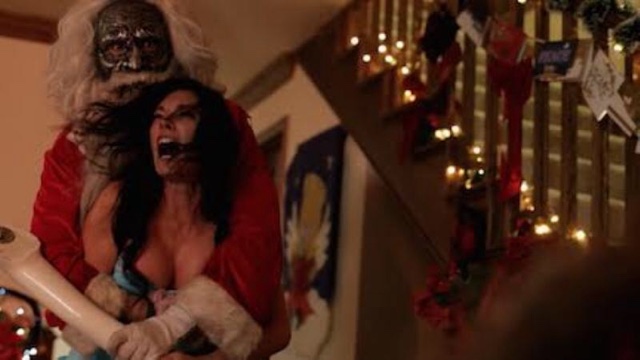