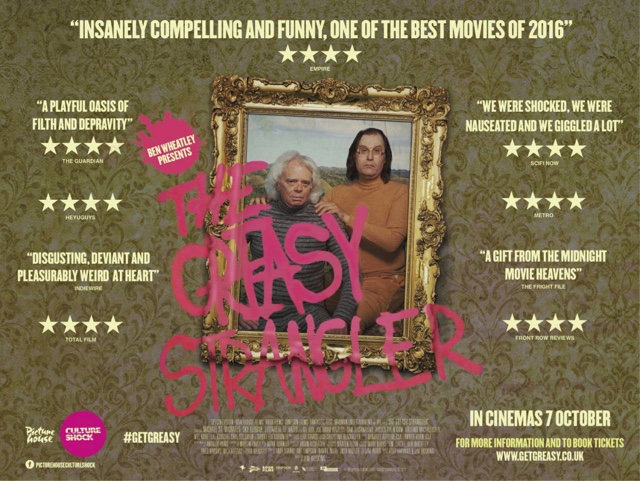 What can be said about The Greasy Strangler apart from "wow!! And what the fuck" one of the strangest independent movies I have seen, and you know I loved it. It is depraved, weirdly compelling viewing, no matter how daft the story is, you cannot take your eyes of this movie. Set in the least picturesque Los  Angeles settings, a film that is a hybrid of Napoleon Dynamite meets Troma, strangely if you live in the UK in the seventies their was a TV series called Steptoe and Son, about a disfunctional Father and Son relationship, this was like that but reimagined by John Walters.
A fantastic and brave production, with nudity, and flesh that shouldn't normally be seen, but for all to see.
Plot summary;
A father and son who gives fake tours around L.A. talking  about the disco scenes of the seventies, relationship is tested when a woman from the tour falls for Big Brayden  Forcing a battle of wills, and affection between the two, as they both try to woe her, and fuck her. In the mean time a serial killer is in its mists, named The Greasy Strangler, who kills victims by night, dipped head to toe in grease, and kills by strangulation, and has an eyeball fetish. 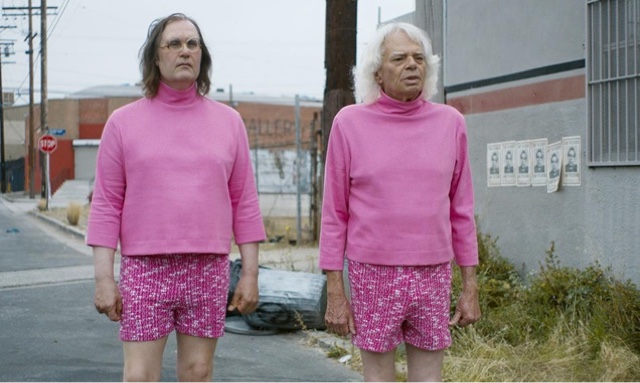 With terrible acting, which is brilliant at the same time, with probably the most amount of quotable lines since Withnail And I, from "bullshit artist" "hootie tootie disco cutie" " I want it greasy" " am I doing it right, I don't know if I'm doing it right" to name a few. Produced by Elijah Wood's production company SpectreVision a known independent film company pushing the boundaries in indie movies, especially in horror, with Cooties, A Girl Who Walks Alone At Night, and this movie under its belt, and fair play to the lad, as this film is simply amazing. A film that not all will like, some will instantly hate it and turn off within minutes, others will watch it and fall in love with its weirdness, a film that is so bizarre like some other movies of the eighties I loved, especially in the weird movie stakes, you need to seek out The Wizard Of Speed And Time, and a independent comedy Strange Brew, both strange, both extremely imaginative, and like this movie once you watch them you will never ever forget them.
This movie will show you flesh like you've never seen before, with huge prosthetic penises, that are hung like a donkey, to a little peanut of a pecker, an overweight woman, in all her glory, but is still very attractive, with massive amount of pubic hair on display, and fair play to all the actors involved, to be brave enough to show off their bodies, in which normally perfectly filmed and lit sets with gorgeous actors, and actresses with tight asses, great boobs, perfect pecs, it is great to see a film that features for once normal bodies, overweight ones at that.
A film apart from some scenes of horror and some sick gore, is a film about the relationship between two disfunctional characters living on the edge of society, outcasts as sorts, who deep down love each other, and need each other equally.
A fantastic weird film, a film that certainly gets in your head, a film that will never be forgotten once watched, and you know I don't want to not remember this film and the antics of Big Ronnie and his son Big Blayden, Janet, and the greasy strangler.
4/5⭐️⭐️⭐️⭐️ 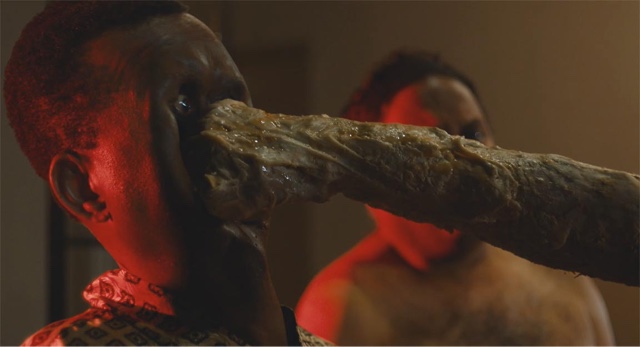