Is AMC Breaking Bad a direct prequel to The Walking Dead, a favourite with fan theories for years, with a fan made video appearing yesterday on Netflix, could it be part of the same Universe?. 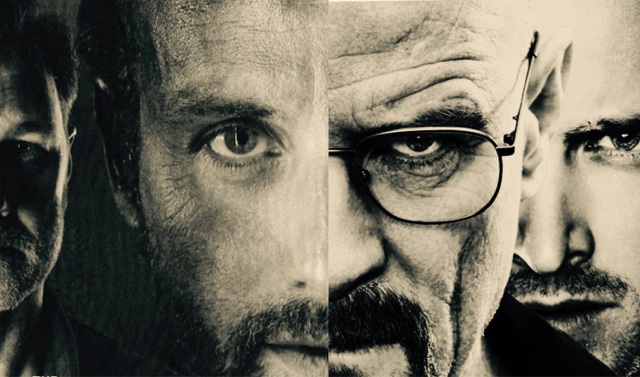 So is it now almost official that a rumoured fan theory on the Walking Dead could be true, that the Walking Dead is actually a direct sequel to Breaking Bad. With comparison for years from fan theories, mainly that both shows were produced by AMC in America, but could Walter White, and his chemistry skills have actually created the Zombie virus. With a fan made video dropping yesterday on Netflix give exclusive proof, that the two shows could be part of the same universe.
There are three points that hinted this, mainly on season Two and Daryl  finds his brothers Mearle's drug stash, with pills of various kinds, including a bag full of blue crystal meth.
The same car Walter brought his son, a rare Dodge Challenger and had to take back, being told to ask for "Glenn" and in season 1 of The Walking Dead Glenn is seen driving the same vehicle, is it a coincidence ?
With the third coincidence again involving Daryl talking to Beth in season 4 about a drug dealer he knew, " a Janky white guy" and was always like "take that bitch" "bitch,bitch,bitch" which was a favourite saying of Jesse from Breaking Bad. Is it connected, or simply put in to give eagle eye fans of both shows, a chance at spotting some little Easter eggs. We shall never really know the truth, but isn't it a great idea that before the apocalypse we had Breaking Bad, and not the God awful Fear The Walking Dead, that started the apocalypse, maybe the transition of Walter White turning into a monster, is the metaphor that his monster may have created another is a very interesting thought.