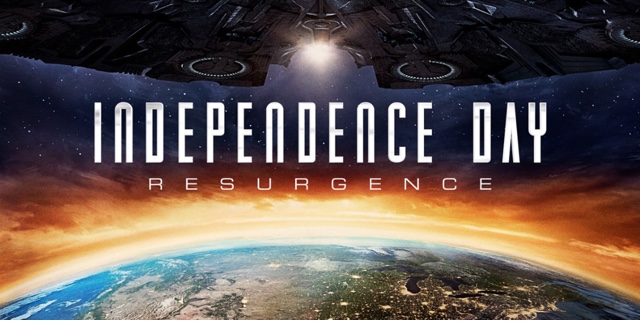 Was Independence Day Resurgence worth the wait?
Well no, but is it a bad film? I don't think so, yes the script is clunky, awful in places, has some terrible casting issues, plot holes that are huge, but amongst all the crappy elements of this movie we have two actors, who refuse to take this seriously, and actually improve the movie, and that is the great Jeff Goldblum and Brent Spiner. Who's comic timing, and refusing to take this movie serious, is what makes their roles stand out. I do wish Bill Pullman had a greater role in this, but at least he does do another rousing speech. My main problem with this movie, and like most massive budgeted films, is that good, or even great actors suddenly become awful almost overnight, Maika Monroe, who I praised to the hilt in It Follows, and was fantastic in The Guest, then turning in such an underwhelming performance in this, Liam Hemsworth, the lesser known Austrailan brother of Chris Hemsworth, who is great in The Hunger Games, Triangle, even the comedy element in Ghostbusters, but once again terrible in this resorting to just whoops!!! And ways!!! And argghh!!! And grimacing at the screen. Even Charlotte Gainsbourg who starred in the underrated Nymphomaniac, was wasted in this movie. The effects are greater, huge In fact, the arrival of the Mothership, actually outdid the original movie, being three thousand miles in diameter, with its own gravitational pull, ripping up the whole of Asia and India, then dumping it on London and the United Kingdom, was just amazing, I will give a quick summary of the film then the plus and negative points.
Plot summary;
We have had over twenty years to prepare for another alien attack, using their technology, borrowing from their damaged ships, we have new weapon technology, new fuels, new fighting aircraft. A world United, with no infighting or political unrest, as we are all prepared for another attack. Can all the borrowed technology, and secret weapons on moon, And Jupiter bases save us?.
When another ship arrives on the outskirts of the Earths atmosphere, three thousand miles in diameter, that dwarfs a third of the world in its shadow. With an alien queen determined to obtain all of Earths resources, in which they failed twenty years earlier. Can Earth and its human inhabitants survive and fight back another Independent Day battle, or are we all doomed this time. 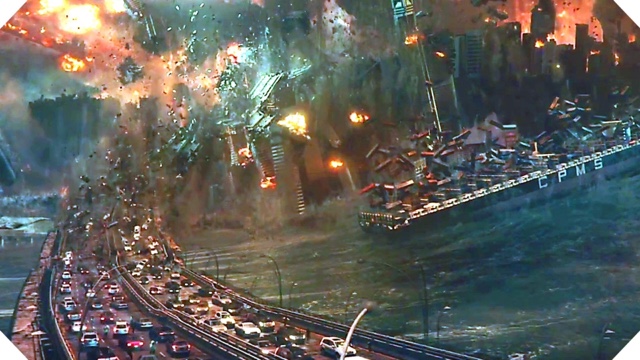 Plus points;
The effects are amazing, the $165,000,000 is up there onscreen to see, the alien queen is frightening, and huge, and like everything on this movie bigger and bolder. Like the Queen alien from Alien's, and moving a lot like the aliens from Monsters Dark Continent, the final desert attack is nothing short of spectacular. Jeff Goldblum and Brent Spiner are amazing in this, and the only reason to give this movie a go. The ships arrival is spectacular in its glory, and surpasses the original in every aspect, the scene above is a CGI dream for all to see.

Negative points;
Almost the rest of the movie, great actors suddenly being unable to act, the whole futuristic setting, just doesn't work, looking like the futuristic world shown on Star Trek, rather than the world we all know and live in today. The whole idea of bringing in an alien ally to help us kill the other alien scavengers just doesn't work either. The script is dreadful, and clunky, we are able to kill off the queen far to easily, and we do not have enough destruction of the Earth onscreen, seeing more land moving Alien's would have improved this movie ten fold. But resorting to the usual Yee haa!!! America is great once again became increasingly annoying once more. It is not a patch on the Original movie, and you are left feeling cheated, thinking is this the best they could have done in twenty years. Simply though as a popcorn munching movie, this still isn't the worst movie made this year, it is brash loud,  American flag waving and saying we are great and amazing, but then again that was everything the first movie was too, we have a movie that I enjoyed. It is not amazing, you will feel no better after seeing it, but it is still a great movie to waste a couple hours of your time, with a few beers, and switch off your brain, and just enjoy the silliness of this movie.
3/5⭐️⭐️⭐️ 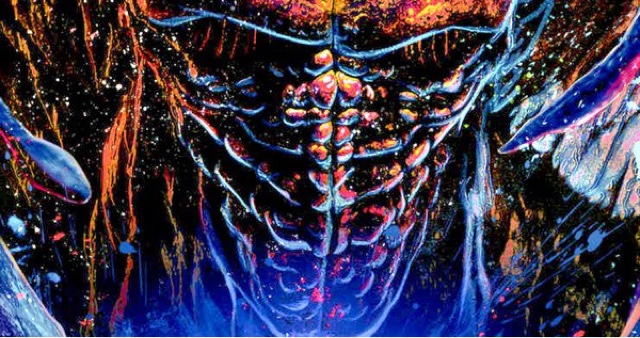