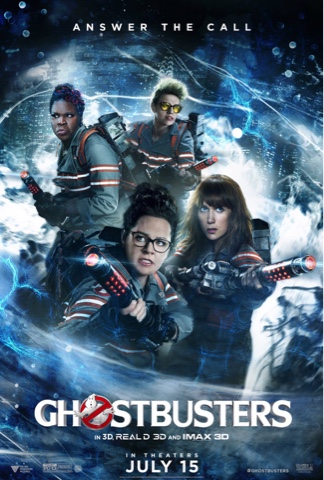 With this film being released on DVD and Bluray this week in the UK I think it deserves a review, even though I did see it months ago. A film surrounded in controversy from the start, and not for the wrong reasons either, just a general hate campaign had started before the movie had been screened. Firstly it was voted the most hated trailer on YouTube, with record amounts of thumbs down. Accomplished reviewers were refusing to review or watch the film. The worst of all was the bigoted hate towards co star Leslie Jones, with vile racist Twitter abuse, even she said " I only starred in a film, I don't deserve this Hate" with the abuse so bad she left Twitter, and her main abuser was banned from Twitter. But why the abuse? Was it because they dared to remake a classic, I never saw this much hate aimed at the Robocop stars, or Total Recall, or when a Poltergeist was remade, what about the abysmal Conan The Barbarian, A Nightmare On Elm Street, or Friday The 13th was all poor efforts, yet Ghostbusters took the most amount of hate, and why? The only explanation was because it dared to be different, having an all female cast, that upset so many of the die hard fans, and non fans alike.
The thing is when it was actually screened it actually surprised so many people how good it was, with the wit and humour, to scare ratio just right, from getting all involved in the first movie, apart from Rick Moranis, who retired from acting years ago, and sadly Harold Ramis who died, we have every character pop up in a cameo form from the first movie. Did this movie deserve the hate? Hell no!!! It is actually a really enjoyable movie, very funny, action packed, very rude and the effects are quite simply amazing. 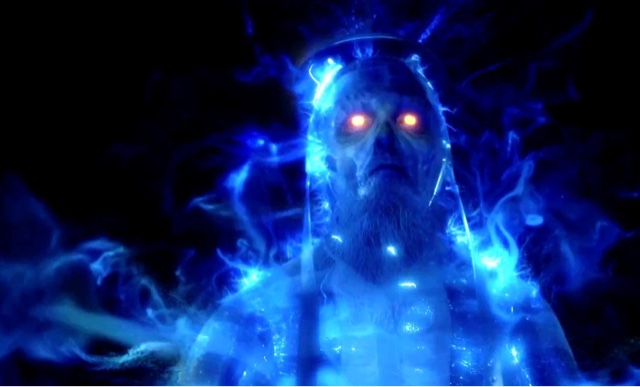 I'm not going to give a run down of the plot summary as we all know it, the only real thing difference is the scientists are female, and not male, and have some of the greatest female comedy acting talent involved, with Kristen Wiig, Melissa McCarthy, Saturday Night Live Kate McKinnon, and of cause Leslie Jones, with a fantastic, and dumb performance from Chris Hemsworth, proving in blondes, even men are dumb. The thing is Paul Feig is a brilliant and funny writer and director, and why did so many want it to fail, before it had been seen, with so many classics behind him already, with Bridesmaids, The Heat, and Spy. With many saying the all female cast was just a gimmick, well gimmick all not I enjoyed this movie. I went into it expecting to hate it, but it is instantly likeable, with a great performances from all the actresses involved. Mellisa MaCarthy was hilarious, Kristen Wiig's character and driving force behind the group, is a little understated, but still a great performance, and Leslie Jones did not deserve the abuse she got. The absolute stand out of the film is Kate McKinnon as Dr Jillian the true brains behind all the gadgets, scientific research, a female Sheldon Cooper, with no social skills, but an absolutely brilliant mind, with her lighting up just about every scene she is in, and also being the character featured most on Tee shirts since. She is a fantastic actress and comedian, and proving in The Saturday Night Live sketches as Hillary Clinton, being just amazing, and hilariously funny.
This films division will drive fans and non fans apart, but if the eighties original had never been made, this film would have been an amazing piece of comedy, with some great scares, and quite simply the best ghost effects seen onscreen, but because of the 1985 classic, this film will always be a close second, no matter how funny, great the screen chemistry was, this film unfortunately no matter how good it actually was, has unfortunately failed, which is very sad, as it really is a decent movie.
Bluray special Features;
Packed with even more laughs and fun scares!
Two filmmaker commentaries.
Over 15 minutes of hilarious bloopers.
30 minutes of laugh out loud alternate takes.
Four deleted scenes.
Slime time featurette.
Bonus disc includes.
30 extended and alternate scenes.
More Alternate Takes.
Supernatural featurettes.
Photo gallery.
4/5⭐️⭐️⭐️⭐️ 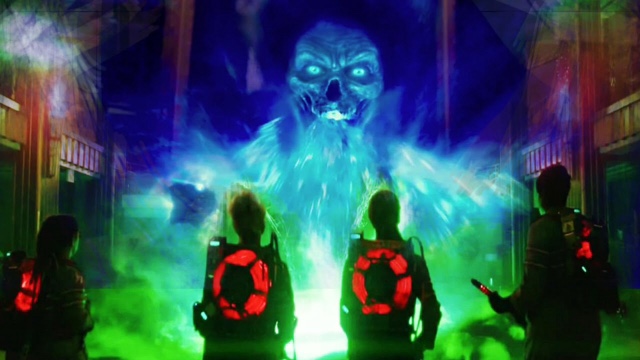