Does Clive Barker's Nightbreed have more relevance now in American society, than it did twenty six years ago, or was Clive Barker warning of the dangers to come. 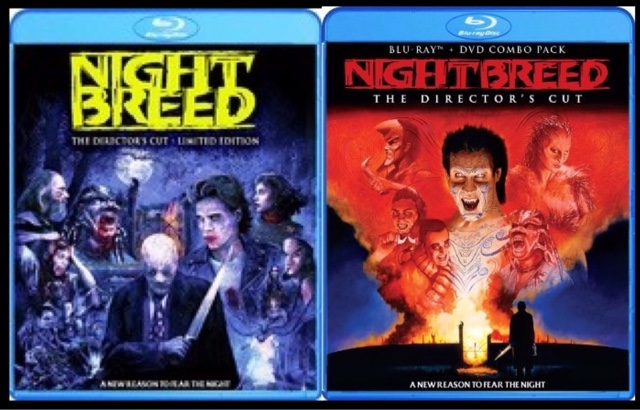 Nightbreed 1990 has more relevance now than it did 26 years ago, once again why do filmmakers have a habit of almost predicting current events. The great movie from Clive Barker, and in my opinion his finest work, yes Hellraiser and Pinhead are iconic horror movies and horror icons, but Nightbreed chose to be a different monster, tackling mental illness, minority's being harassed and hunted, by an Unforgiving bigoted majority, that so now represents current extreme conservative values in The United States at the moment.
With President Elect Trump's whole election campaign of fear of minority's, Muslims and Mexican's being the scapegoats, making the rest of the country blame these minority's for the problems wrong with America, whilst avoiding the real reasons, of Corporate Buisness, and the top 1% sharing all the wealth, but having nothing trickle down to the working masses. Like Decker the serial killing Psychotherapist, representing that Cororate Monster, killing hard working, middle class families, whilst being ruthless, and why? the power it controls, to bring fear to ordinary people, about losing life in the movie, but money and wealth in real life, and the Corporate Monster who has all the power to take that away from you.
The building a wall to separate immigrants, like Nightbreed minority's being forced to live underground, the difference in appearance, is the difference in relegion, mainly the fear of Islam on Christian America, because they are different in values, and looks, they must be different because they dress and look different, and must have different values to the rest of the community they have to hide within. Which is completely false, as most have the same problems and worries in the world the same as every other human being. Unfortunately in the movie they have to defend their world, and values from the Unforgiven locals, creating tension, and vilolence that has been apparent on the streets since Wednesday 9th November result. And in my opinion will continue throughout President Trumps Presidency. So a film about the prejudice of anyone different in society, and because they are different they must be dangerous right? But unlike in the film when pushed too hard, and punnished for no reason, have no other alternative but to fight back, which I'm hoping will not happen, but I have an awful feeling the tensions in America at the moment will be tested, and unfortunately racial tensions, and hated of different minority's will be pushed to the limit, in this new Conservative America.
The Directors cut is Available on two formats a two disk directors cut, and a three disk directors cut version, but only limited to 10,000 copies which released in 2014 is out of print and has run out of stock, both are region A only, so a multi-region Bluray player is needed to watch this great movie, distributed by Shout Factory in the US only.
DISC 1: THE DIRECTORS CUT
New Directors Cut presentation of the film which contains over 40 minutes of new and altered footage
Introduction by writer/director Clive Barker and restoration producer Mark Alan Miller
Audio Commentary by writer/director Clive Barker and restoration producer Mark Alan Miller
Tribes of the Moon: The Making of Nightbreed featuring interviews with Craig Sheffer, Anne Bobby, Doug Bradley and more… (72 minutes)
Making Monsters - interviews with makeup effects artists Bob Keen, Martin Mercer and Paul Jones (42 minutes)
Fire! Fights! Stunts! 2nd Unit Shooting - an interview with Andy Armstrong (20 minutes)
Original Theatrical Trailer

The Painted Landscape: The Concept Art of Ralph McQuarrie 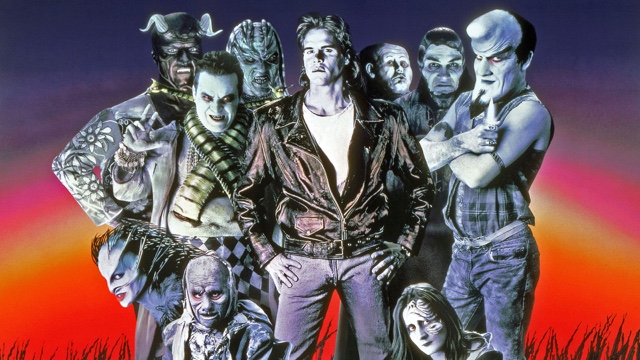