Carrie is officially 40 years old, celebrating its 40th Anniversary yesterday 3rd November, the official date it came out in America in 1976. 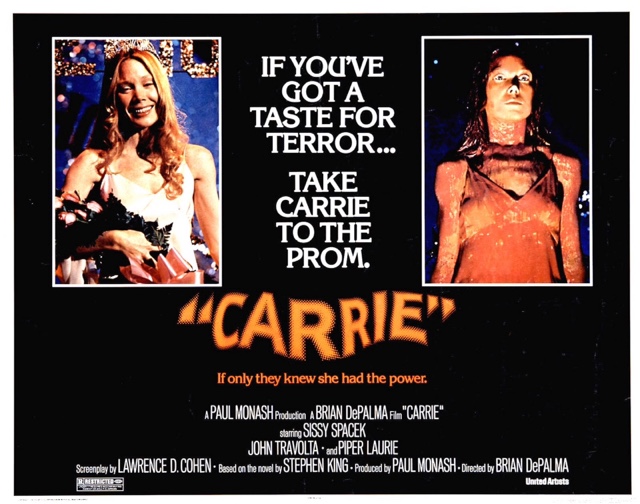 It is hard to believe that this film yesterday was celebrating its 40th anniversary, yes 40 years have passed since this great movie came out, and probably most agree one of the best Stephen King's film adaptation from one of his books. Starring a brilliant cast, with John Travolta, Piper Laurie, Nancy Allen, and of cause Sissy Spacek, who was absolutely perfect for this role.
We all the know the story Carrie is raised by a overbearing church going mother, looked away from the world, apart from her schooling, not like the usual teenager, who is abused terribly by her mother, but with a cruel prank planned for her by her bullying classmates, to get the hot school jock to ask her out for the prom, to play a horrible trick on her, by dropping a bucket of cows blood on her at the prom.
Unknown to them that Carrie has telekinesis and can move things with her mind, which she uses for devastating results at the end of this movie. Directed by Brian De Palma, in his best directing roles, but that is just my personal opinion, this film is quite simply amazing, and still has that same effect on me, as  it did the first time I watched it.
A five star movie in every sense of the word, and like the Exorcist, and Rosemary's Baby, was a truly terrifying trilogy of seventies classics.
Available on a 40th anniversary Bluray and DVD package from Scream Factory, but only available in the US. 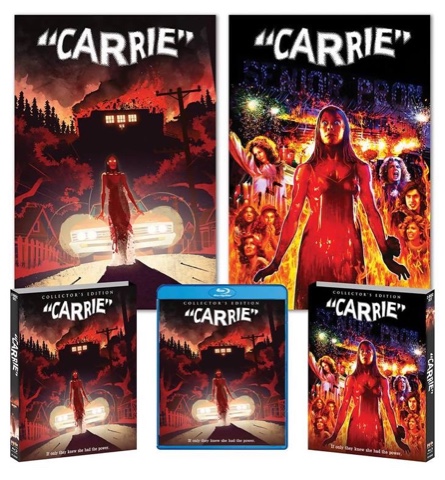