Trick Or Treat released on this day October 1986. Sadly due to copyright, and other issues is no longer available on any digital format, unless you own the 1987 VHS copy. 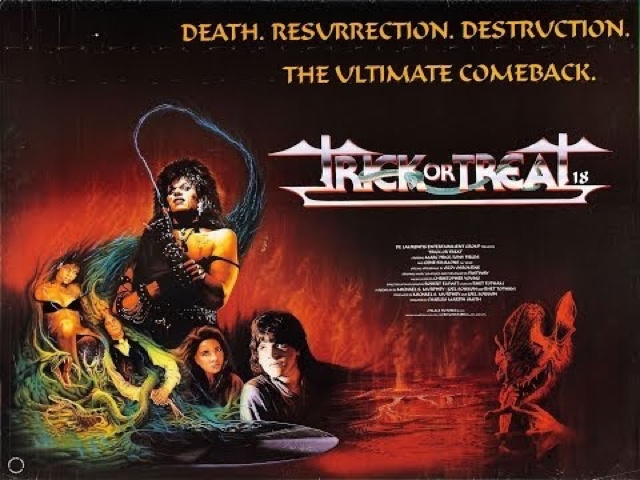 This film was released today 30 years ago, a heavy metal fans dream, to finally put the two genres together metal music with horror. Cannot believe it was never thought of before, but with the dross decade of crappy pop, synth, New Romantics, and that fookin hairstyles, Flock Of Seagal's anyone, we finally had a metal movie. Obviously it had to be about devil worshiping, isn't that what metal was about, with a very clever script, and having a dig at American censorship, and church groups at the time, who were hell bent on destroying metal music,as it was the sporn of the devil, especially acts such as Ozzy Osbourne, Alice Cooper, Lizzy Borden.
Marketing was a bit naughty by advertising it to be starring Ozzy Osbourne and Gene Simonds from the band Kiss, when they were nothing more than cameos. Really starring Mark Price and Broadway star,and dancer, making his debut Tony Fields, as the titular character Sammie Curr, with the role originally offered to Blackie Lawless of WASP fame. With the music being written by "Fast" Eddie Clarke of Fastway, we have one of the best metal soundtracks ever released, that unfortunately due to the company D.E.G (Dino De Laurentiis Group) production company going bust in 1989, and problems with soundtrack royalties, it is hard to get a copy of A the soundtrack, and B the film, even though StudioCanal owns most of the back catalogue of D.E.G films.

The film was released theatrically in the United States by De Laurentiis Group in  October 1986. It grossed $6,797,218 at the box office. It was released on VHS by Karl-Lorimar home video the following year. Currently out of print after a short DVD release in 2002. With no plans unfortunately for any more reprints of this great film, and soundtrack. 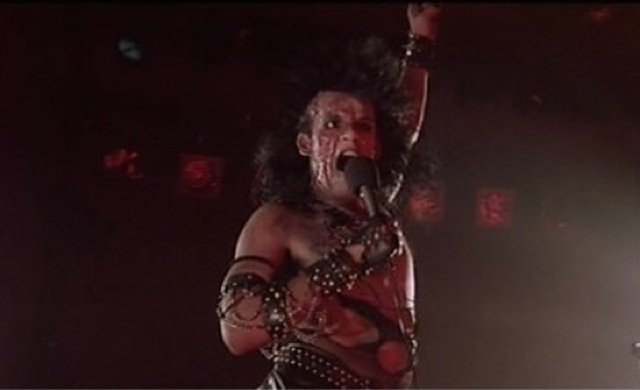