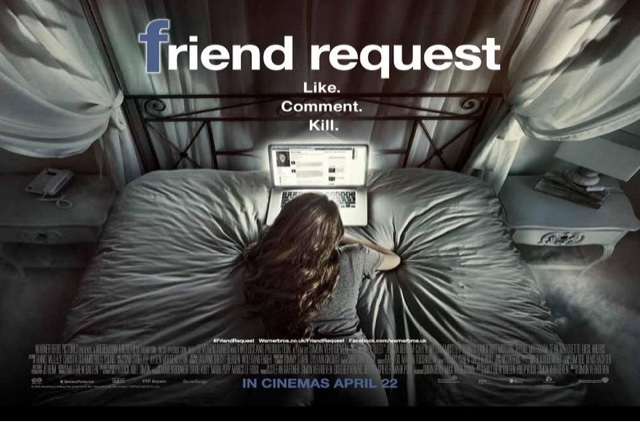 This film will quite happily tie me into a few other films I have seen recently, with this film being something quite different to what I expected. That is Witchcraft, in a film like Unfriended, but actually better, is probably the best movie made about the dangers of social media, and our constant reliance on it. A film starring young adults at college, that don't actually have to get their clothes off, or have the main character for no apparent reason walking around in just her underwear, we also have a film that is not reliant on jump scares either, with some great visual imagery, and a film that shouldn't have been, but is actually well acted.

Plot Summary;
A popular girl on campus Laura Woodson, with over 800 friends online on Facebook, notices a very lonely girl, Marina Mills,  at the back of her college classes, so sends her a friend request when she realises on her profile she has zero friends. With Marina eventually committing sucide live on social media, due to an argument with Laura, strange deaths start happening to Laura's friends as they all each start dying by suicide as well.

The film is far from perfect, namely some of the dialogue is a bit dodgy such as " unfriend the dead bitch" said by Laura's flat mates. Talking of Laura's friends, they aren't very nice people, especially towards Marina, and during the opening minutes you really do feel sorry for Marina, who does just want a friend. We do learn about Marina's back story, being bullied and sexually harrased by two boys in a care home, she was staying, she is also an orphan, being born after her mother was killed in a fire. This all links into the whole witchcraft thing, as it turns out Marina's mother was a witch, and was burned for being one. So we go into the whole black magic thing, using social media as a way to curse people, using old techniques called black mirrors, which were used in witchcraft century's before, and all screens on Laptops, phones, tablets, all have a black screen, like a black mirror when turned off.
This part of the film worked, as witchcraft has not been used before, we usually have some supernatural entities haunting these kids, with this movie choosing to be different, just works.
Starring Alycia Debnam-Carey ( Fear The Walking Dead, Into The Storm, The Devils Hand) William Moseley (The Narnia Chronicles, The Royals) Connor Paolo ( Stake Land, Mystic River)  Brit Morgan (True Blood, The Frozen). The star of this movie is South African actress Liesl Ashlers as Marina Mills, as the lonely creepy girl, who is terrifying later on. Yes this film ain't going to win any awards, but considering how bad some horror films have been of late, this is actually okay and I enjoyed it.
3/5⭐️⭐️⭐️ 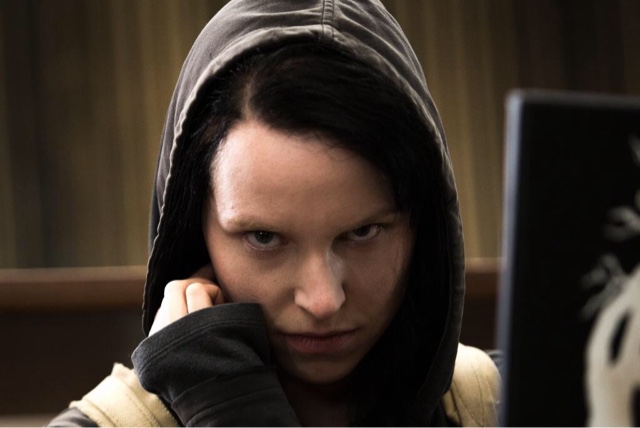