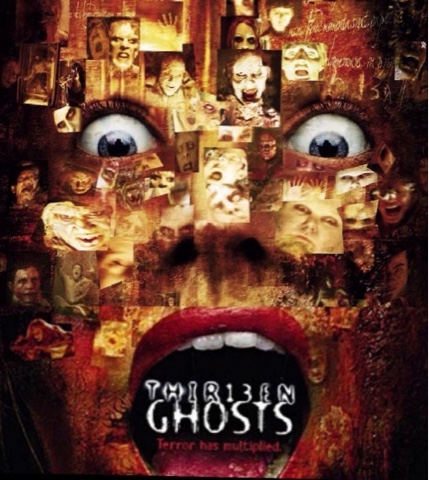 This film is celebrating its 15 birthday today Thir13en Ghosts, Part of the Dark Castle Experiment, founded in 1999 by Joel Silver, Robert Zemeckis and Gilbert Adler, specialising in releasing horror movies, with a lot of remakes, such as House On Haunted Hill, House Of Wax, and this one again a remake. A film that I always thought was poor, being more about the look of the film and the ghosts, than any storyline, a poor mans Hellraiser you may call it. With horrible looking ghosts, with great makeup effects, but with zero scares came with it. Dreadful miscasting never helped this film either, starring some great stars not!!! With Mathew Liilard, Shannon Elizabeth, Embeth Davidtz, Tony Shalhoub, even F Murray Abraham cannot save this mess of a film. With a budget of $42,000,000, and barely making that budget back, only with DVD sales worldwide that finally it did make the movie back its budget, but currently only holding a 14% approval on rotten tomatoes, the film is quite simply put.... "crap" but with the best scene with a man being sliced in half by two panes of glass is the only decent gore moment in this movie.
Plot summary;
Ghost hunters enter this scary house to trap a dangerous ghost called the Juggernaut,
With a stupid tale of a haunted house with 12 malevolent spirits trapped waiting to be released from different rooms of the house, forcing the spirit hunters deeper into this maze of rooms In the house, to be confronted by a different spirit, each having a different level of scariness, with the final ghost being one of the party, unlucky to die in this haunted house.

A poor film in every sense, one I never liked, and one film I really couldn't be bothered if I didn't see it again, I'm betting a lot of people like this film, well I for one didn't, and in fairness hated most of the crap films this horror production company produced, and I'm finding it hard to name any film this production company produced that I did like, come on it produced Gothika, RocknRolla, Ghost Ship surely I've just won my own argument. 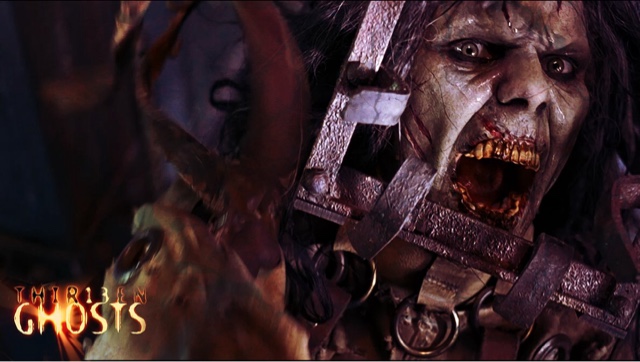