The worlds worst secret, The God Particle is going to be the third movie in the Cloverfield Universe, produced by J.J. Abram's once more and his production company Bad Robot. 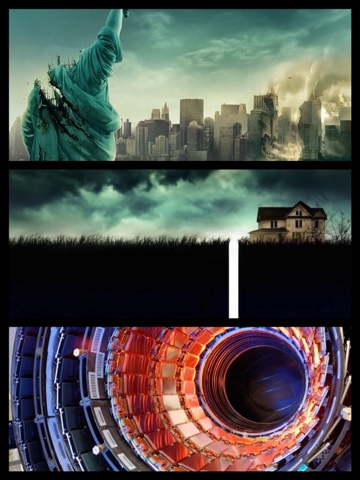 News broken yesterday and confirmed that the recent film The God Particle, the third movie produced by Bad Robot, and J.J Abrams is Infact the third movie in the Cloverfield Universe, with Cloverfield being first, in 2008, followed by 10 Cloverfield Lane in 2016, January 2017 we will be able to see The God Particle, this time set in space, with a group of astronauts aboard a space station, find themselves alone in the universe, when The Hadron Collider experiment  causes the earth to completely disappear. Maybe this is a prequel to the other two movies to explain the monster or monsters in both movies, and is this experiment, or The God Particle that creates this universe.
Directed by Julius Onah an up and coming young Nigerian-American film maker, who is well travelled being the son of an African diplomat, and living in Nigeria, Togo, United Kingdom, currently living in New York,  when as a student was voted as one of the 25 new faces of independent films, alongside many self produced films, his debut The Girl Is In Trouble was released in 2015.
The God Particle will star Daniel Brühl, Elzabeth Debicki, Zhang Ziyi, David Oyellwo, and Irish and Bridesmaids actor Chris O'Dowd.