The Purge film franchise, is not dead after all. With a planned Prequel, and TV series, which means we will still be able to enjoy more Purging, with Bluhouse and James DeMonico still involved. 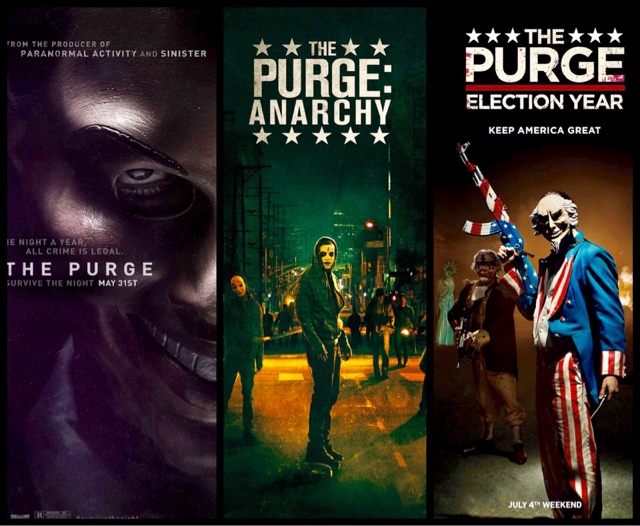 It looks as though this franchise is not finished quite yet, this article does contain spoilers so if you haven't seen The Purge Election Year, read at your own peril.
With number three appearing to actually banish this vile yearly tradition, with a new elected President, abolishing this act at the end of the movie. It seemed that another sequel would be impossible, but  it looks like number 4 has still been green lighted, to tell how this night became to be, with it being a prequel. Now a lot are wondering will this take away the mystery of how this night happened, and how the Founding Fathers allowed it to start, but I think it will be interesting. With a ten part TV series planned also, acting as an anthology, with an episode dedicated to showing the human side, and then the vile side of how this night turns a normal person into a killer focusing on an individual, or couple, and showing their anger, then possible release on this night, is going to be an interesting concept. This movie franchise has surprised a lot of people, gaining such low numbers on Internet review sites, but being incredibly successful at the box office, and DVD and Bluray sales, is why Blumhouse productions is still keen to hold onto this franchise, as it certainly holds admiration amongst its core cult fanbase. I for one didn't hate these films, because they showed always the decent nature in people, to counter balance the vile barbaric nature in some. The whole Right winged concept I had a problem with, but once again the series always showed the counter argument against it, with a very clever writer and director in James DeMonico, has vowed he will continue to part of this series, but will not direct, but probably act as producer, and still writer, is why this franchise as yet is certainly not dead yet. 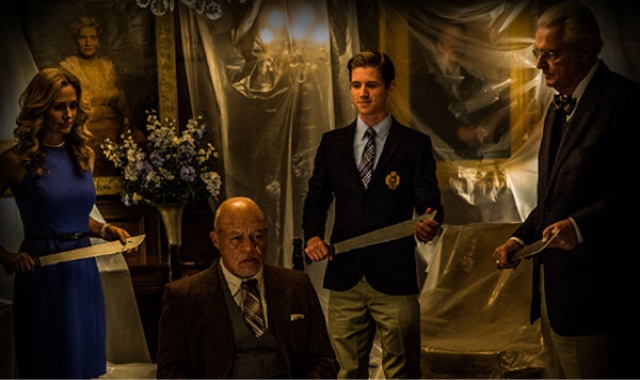